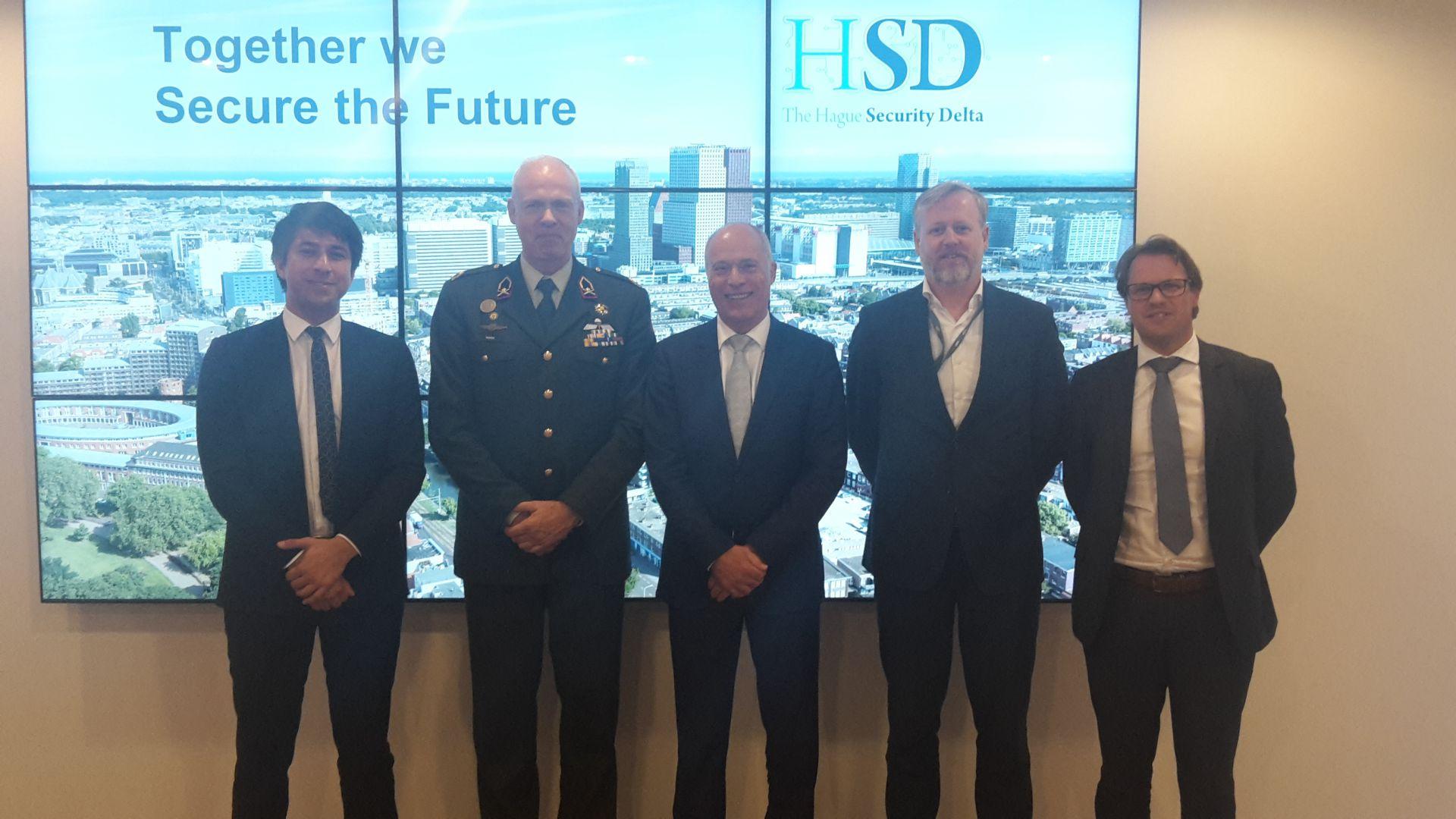 On 30 October, HSD welcomed Brigadier General Wilfred Rietdijk and Eimert Hornstra of the Ministry of Defence at the HSD Campus. They visited HSD to get a better understanding of the value of a security ecosystem, learn about how public-private collaboration on security can be organised and how HSD and its partners have evolved. The reason behind their visit was their assignment to set up a cyber innovation hub for, among others, the Ministry of Defence.