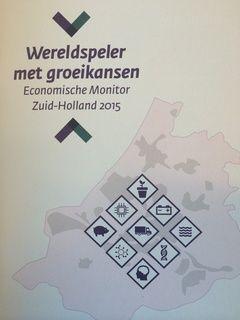 The TU Delft Science Park and The Hague Security Delta are named in the Economic Monitor South-Holland 2015 as important job engines. Important factors are innovation and knowledge sharing.

The monitor –an initiative of the 'Economische Programmaraad Zuidvleugel', the province of South-Holland, Metropolitan Region Rotterdam-The Hague, and InnovationQuarter– provides an analysis of the economy in South Holland. One of the province’s main strengths is its international orientation. In the past 5 years for example foreign investments have created 1000 jobs annually. In 2014, almost 30 percent of the province’s revenue came from these foreign investments.

South-Holland also is the province in which most money is spend on research and development. One of the main reasons for this is the presence of some of the world’s best universities, which are also part of the HSD cluster: TU Delft, Leiden University, and the Erasmus University. Another strong point of South Holland is that cooperation between innovative businesses is above the national average. The Economic Monitor however also finds that one of the province’s weaker points is that the available knowledge is still insufficiently used in new products. HSD will therefore continue to improve the cooperation between knowledge institutions and businesses in order to develop marketable security solutions for a more secure society.

Read the article in AD (in Dutch).