Start of CBRN Network of Excellence 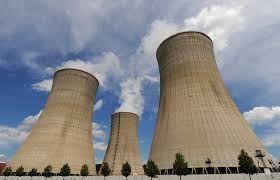 Several HSD partners are active within the CBRN field and each of them has a unique and substantial role in the CBRN response chain. In the region The Hague also other national and international organisations are active in the CBRN field. Many partners are well connected to each other and are able to complement their expertise. However, there are still many gaps in knowledge and ability. By connecting via a CBRN network of excellence it becomes possible to achieve more impact on a national and international level. The benefits include more coordination regarding innovation calls, more intense collaboration between CBRN partners in the international arena, and an innovation roadmap that can be included in the National Security Innovation Agenda, developed by HSD.

Invitation Workshops
To promote cooperation on CBRN and to start with an innovation roadmap, two workshops will be held on the HSD Campus. The first workshop will be on 8 December  2014 from 13:30 until 16:30 hours. The second workshop will be in the first quarter of 2015.

For more information about CBRN Network of Excellence click here.