Newly arrived at the HSD Campus: DataExpert and SDR Academy 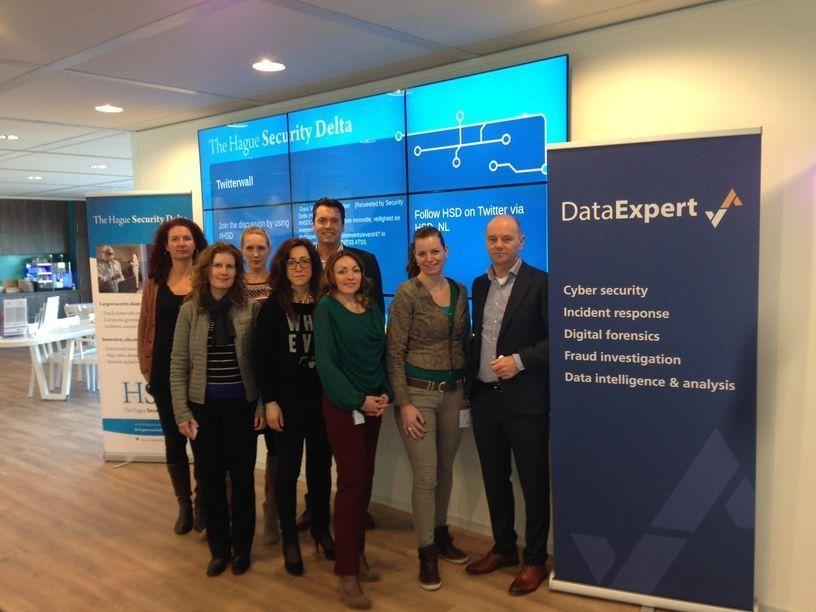 This month The Hague Security Delta has welcomed two new tenants to the HSD Campus:  DataExpert has settled on the 8th floor and SDR Academy has opted for an office on the newly opened 6th floor. The recent enlargement of the campus with extra facilities, such as more education rooms and flex workspaces, is a promising start of the new year for all organisations working on cost-efficient, innovative security solutions.

DataExpert: “Great opportunities for a community with end users”
The Dutch company DataExpert has a long history in fighting (cyber) crime, fraud, incident response, and incident management for governments and businesses. DataExpert has teamed up with the German rola Security Solutions, a full T-Systems subsidiary, and TNO for an innovation programme aimed at the development of RsCyInt, a vendor independent platform that enables sharing of relevant cyber incident and threat information between multiple organisations in a controlled way.

DataExpert and rola have been partners for a long time and have chosen to further improve their cooperation by concentrating their joint activities at the HSD Campus. Jan Plant, CEO of DataExpert, and Stefan Günzel and Dr. Stefan Fischer, Managing Directors of rola Security Solutions explain:  "The joint participation in this  European innovation centre creates the foundation of more intensive cooperation and  a network from which our customers and partners , all aiming for a safer Europe, can also benefit.”

“The HSD Campus has all the required facilities for us to further develop the RsCyInt platform. Not only does the HSD community consist of many members with extensive technical knowledge that could be of use to answer questions and further develop RsCyInt . But the HSD network also offers us the opportunity to build and extend a community together with our end users.”

SDR Academy: “An Inspiring environment and a network we want to be a part of”
SDR (Search - Detect – React) is an awareness training standard developed by the SDR Academy, which has been active in the Netherlands since 2007 and has now opened an office at the HSD Campus. SDR not only teaches how to recognize the signs of deviant behaviour and how to react on that, but also how to prevent and diffuse the process that leads to criminal or terrorist attacks. Among the clients of SDR Academy are the National Police, Military Police, special investigating officers, the Haga Hospital, various municipalities, and the Dutch railways.

“The HSD Campus is an environment that inspires! With all current movements of violence and aggression, Europe really needs a place like HSD” says Elles Achterhof, Head of Business Development at SDR Academy. “HSD currently offers and will continue to offer the best professional partners with all different kind of products and services in one spot. That is why we want to be a part of this network. SDR is successfully combining technology with the ‘human factor’, which makes SDR a unique partner for other members of the HSD network.”
SDR has developed professional computer based training for citizens and has created a knowledge centre on a virtual cloud. Another added value of SDR is the international network provided by sister company ISCA, which is involved in several programs supported by the European Commission. Elles Achterhof : “We think The Hague Security Delta is the way of the future. HSD could offer Europe all that’s required and needed in the world of prevention, security, and safety.  We want to grow as a partner of HSD, because the future has already started!“

Interested? Would you like to join the HSD Campus or receive more information? Businesses, governments and research institutions can still apply and register for offices - temporary or permanent -, work stations, meeting rooms, and training and lab facilities that are available to let. For more information, please contact Mr. E. van der Rijt of the Municipality of The Hague: +31 (0)70 353 77 90 or erik.vanderrijt@denhaag.nl.