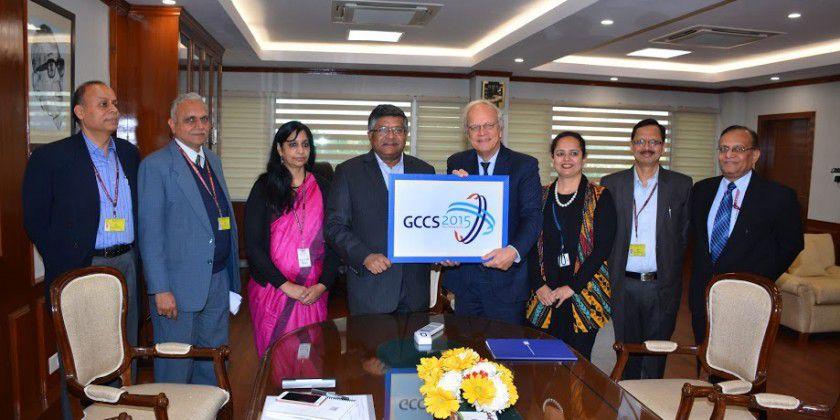 India will be hosting the fifth Global Conference on Cyber Space (GCCS) in 2017. The GCCS is one of the world’s largest conferences on cyber security and related cyber space issues and was hosted by The Netherlands in 2015.

The formal handing over the GCCS was done by H.E. Mr Alphonsus Stoelinga, Ambassador of Netherlands to Shri Ravi Shankar Prasad, Hon’ble Minister of Electronics and IT, India. The conference will see participation from senior Government delegations, industry leaders, academia and civil society from over 100 countries. GCCS will congregate and deliberate on issues relating to promotion of cooperation in cyberspace, norms for responsible behavior in cyberspace and to enhance cyber capacity building. Many of these delegations will be headed at Ministerial levels thereby making it an important forum of global consultation of various issues of cyber space.

The Netherlands already recognised global IT hub India as a very promising market and has created a PIB India for organisations interested in doing business in India. Besides, an Indian delegation visited The Hague in 2016 and a MOU was signed between the city of The Hague and Bengalore. Included in this MOU is a focus on cyber security and a desire to learn from the experiences of HSD: how HSD managed to involve both the industry and academia, as well as the accelerator programmes and how HSD set up the incubator for companies that want to be part of the cyber security domain.