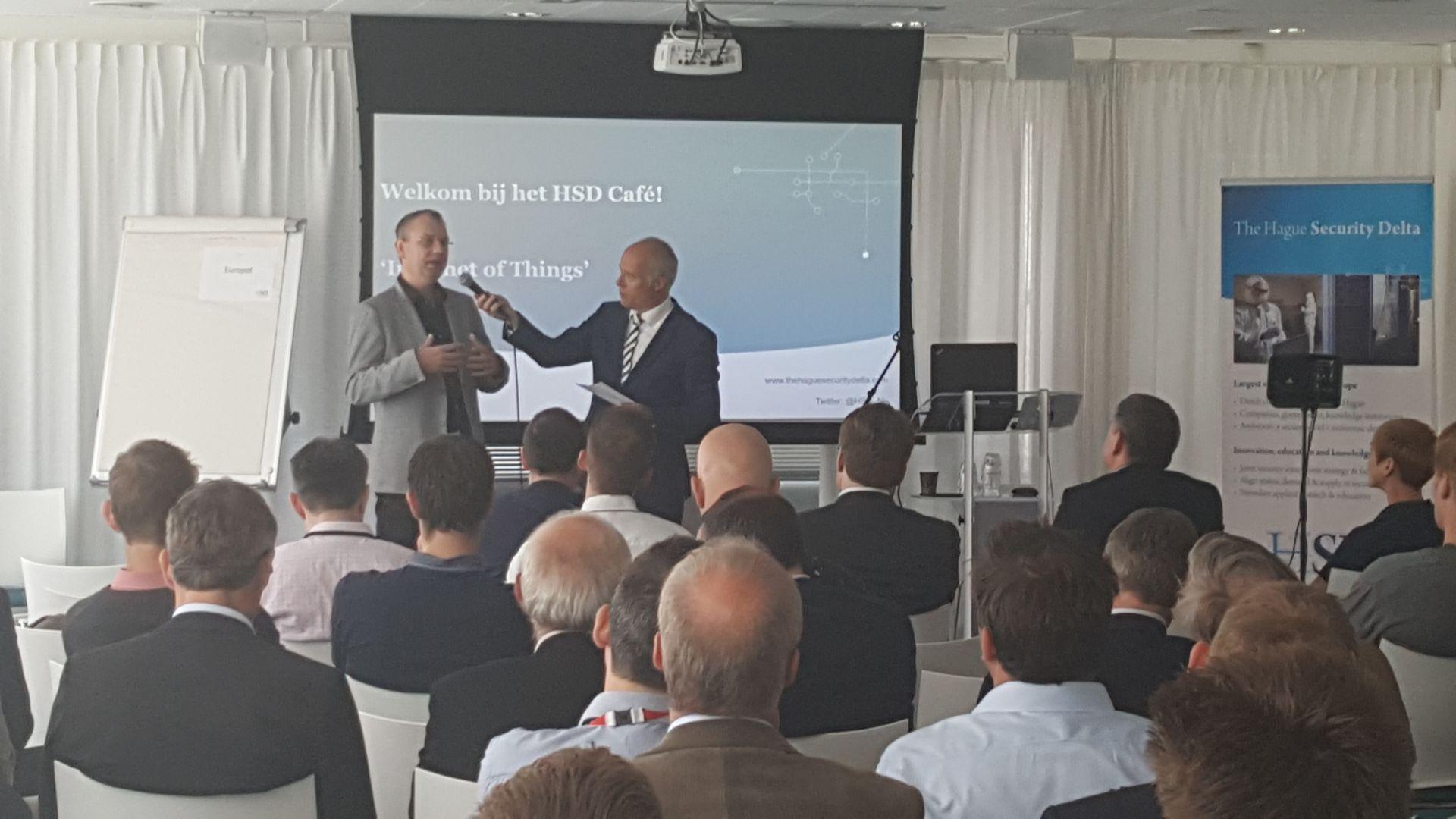 HSD is glad to present our new Premium Partner, IBM. During the HSD Café on Internet of Things on 18 May IBM presented their knowledge and challenges on security and IoT.

IBM became Premium Partner of HSD because they believe collaboration around security is key. According to Erno Doorenspleet, Executive Security Advisor of IBM Europe, IBM always looks to engage with local market parties, such as customers, partners, influencers and associations, in a meaningful way. “HSD is a prominent Dutch collaboration initiative in the field of security. In our role as premium partner we will be an active member of the HSD community.”

IBM is active in many areas, in- and outside the IT domain and they are a large security provider. IBM Security is currently the second largest provider of enterprise security worldwide. Erno Doorenspleet: “IBM security is providing a broad set of solutions and services to the market. We have solutions in most domains such as security analytics, Identity & Access Management, database security and more. In the services area we are running Security Operations Centers (SOC’s), but also helping customers building stronger defenses and becoming more resillient. With Watson for Cybersecurity we were proud to be the first company to bring Artificial Intelligence to the field of security. Watson is IBM's artificial intelligence computer system based on principles such as machine-learning, natural-language processing and automated reasoning. We spent a considerable part of 2016 teaching Watson the language of security. Watson for Cybersecurity is now ready for action and already in use in a number of Security Operations Centers across the globe. It helps security analysts investigate security incidents much faster and more accurate than before. Where it once took maybe three hours to carry out an incident analysis, it may now take only three minutes.”

For the national security cluster HSD, IBM brings along a lot of security knowledge, that they could make available to the security community of HSD. Be it consultants, malware researchers, SOC analysts, developers, but also customers and partners that can participate in joint initiatives. In this way, they bring added value to HSD.

During the HSD Café, IBM, Europol, the Dutch National Police and an IoT Lab-consortium (of e.g. University of Applied Sciences Leiden (Hogeschool Leiden), The Hague University of Applied Sciences (THUAS, Haagse Hogeschool) and TNO) shared its visions on IoT developments. Also, they pitched their challenges in the IoT area. After this, all participants of the HSD Café, under which many start up security organisations, discussed possible solutions.