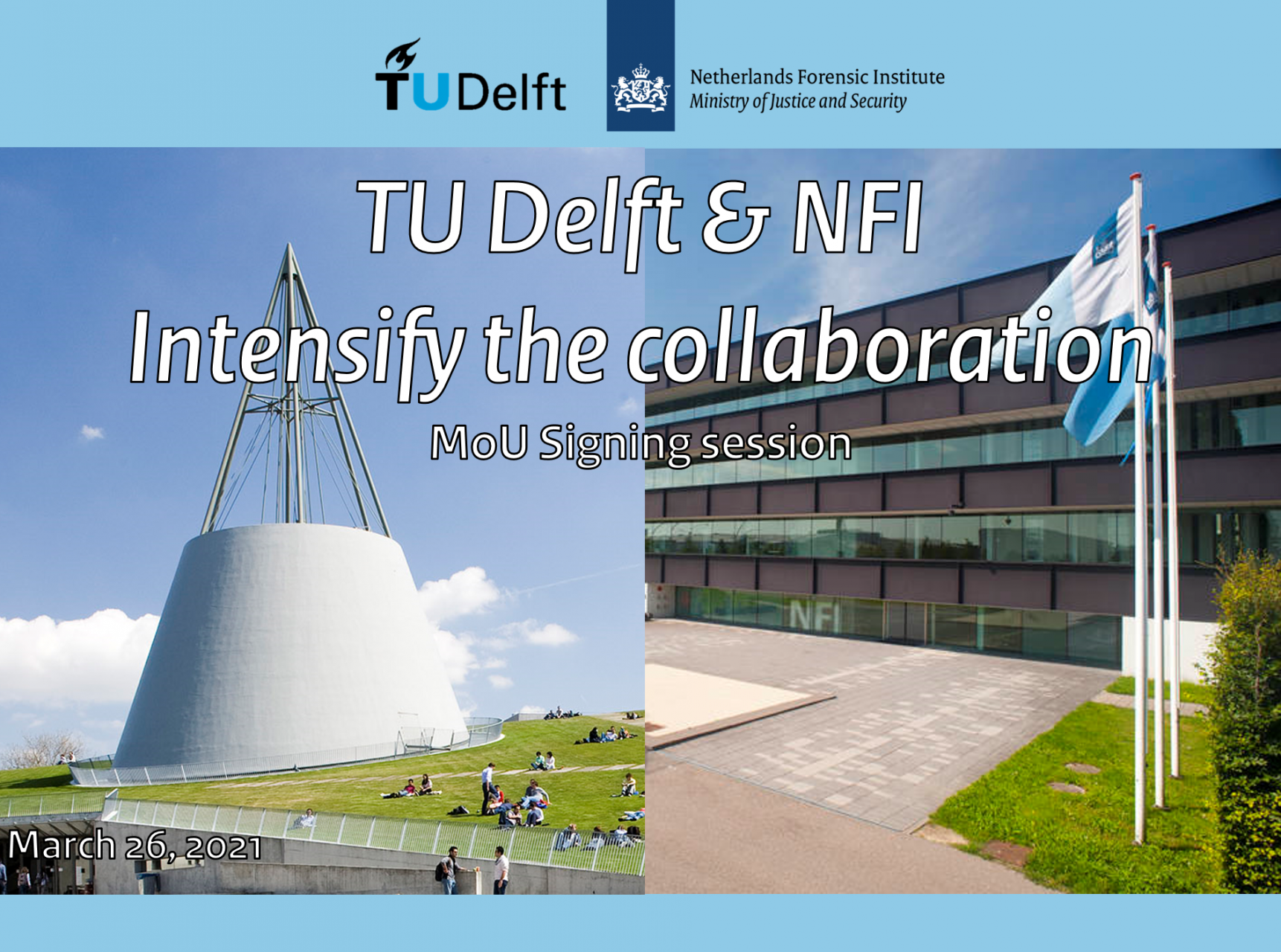 TU Delft and the Netherlands Forensic Institute (NFI) have already carried out several research projects together. On 26 March, the collaboration has been strengthened by the signing of a joint Memorandum of Understanding.

"For the NFI, investing in R&D and innovation is essential to be and remain state-of-the-art," says Dr Annemieke de Vries, Director of Science and Technology at the NFI. Developments in the forensic world are moving very fast. "Look at the increased digitisation and new techniques for encrypting information, for example. To be ready for the forensic demands of tomorrow, we need to invest and innovate continuously. TU Delft is an important partner for the NFI, because (new) technology plays an important role in forensic research."

Researchers at the NFI and TU Delft have a long history of collaboration in the field of forensic scientific research. TU Delft and the NFI are now doing this, for example, in the Icarus project. In this project, the usefulness of a biomechanical human model is investigated, in order to reconstruct what happens in the event of a fall or violent incident. Another example of cooperation is the European Formobile project, in which tools are developed to quickly extract as much useful data as possible from telephones. Additionally, In the Therminus project, scientists from Delft University of Technology and the NFI are jointly investigating whether an improved model can be developed that can determine time of death as accurately as possible.

A step further than in the past

TU Delft and the NFI will jointly explore new research areas, in order to conduct pioneering research together, to drive innovation and to attract talent. For example, the fields of Data Science and the (ethical) use of Artificial Intelligence (AI) are subjects being explored. The influence of new technological developments and increased digitalisation on forensic issues requires an even stronger joint effort on the part of the NFI and Delft University of Technology in knowledge development and application than was previously the case.

In addition to this intensified cooperation, NFI and TU Delft naturally also work with other partners, such as the forensic chain partners OM and the police and other universities at home and abroad. "With partners such as the police, but also universities and network organisations like the Co van Ledden Hulsebosch Center (CLHC), we are always looking for opportunities to optimise forensic investigation. By working together, we can bring what we do not have in house within reach," says de Vries.