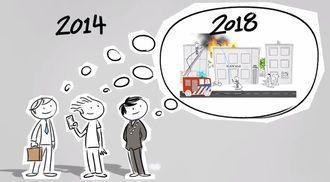 The ‘Coalition of the Willing’, which is a 'think-tank' of fresh-thinkers and lateral-viewers from in- and outside the security sector, has developed an innovative business model about the manner in which innovation within security can be organised and what type of new roles within that model are fitting for government, market, educational institutions and citizens.

Citizens, entrepreneurs and government take in new positions. They work together in a different way within the security domain. Citizens are consumers but also become producers. Customer-supplier chains become networks of collaborating services. This is no utopia! This is already happening now. Watch the animated video (in Dutch) made by the Blomberg Institute in collaboration with security partners.

An example of such a new model is the SOS Alarm Support, that has been launched on the 2nd of July. Read the official press release