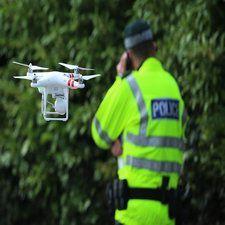 Head Communications, a new drone technology company, has landed in The Hague with a unique technology that enables faster mobile connections and significantly reduces data usage, without causing network delays. The company, which is located in both the Netherlands and the United Kingdom, is collaborating with international partners in test sites to validate the concept of unmanned express service.

Unmanned aerial vehicles (drones) are increasingly in demand worldwide. As became clear in the HSD Report ‘A Blessing in the Skies?’, UAVs have great potential to be used for enhancing safety and security.

In its search for a suitable office location, Head Communications was well supported by HSD Partners InnovationQuarter and the City of The Hague. Innovation Quarter is pleased that Head Communications chose The Hague as its base for further growth in The Netherlands and Europe. Martijn van Hoogenhuijze, Senior Account Manager - Safety & Security at Innovation Quarter, sees considerable future growth potential in unmanned aircraft technology. "The market for commercial and civilian drones will increase by 19% between 2015 and 2020, compared with 5% growth in the military market, according to researchers (Source: Inea Consulting Ltd.). “

Hoogenhuijze further stated: “This growing cluster of know-how in the field of drone technology in our region is another example of the type of activity that represents a huge boost to economic growth and employment. "