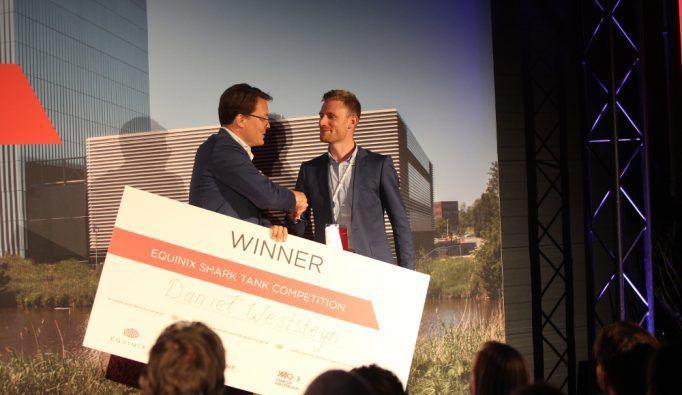 On 5 July, four promising Dutch startups Autheos, Incision Care, Storro and InBeacon battled each other during the Equinix ‘shark tank’, held at the Startup Village in Amsterdam Science Park. The startups had seven minutes to convince the jury of their success in the Netherlands and their ability to open up new international markets. Startup envoy Constantijn van Oranje announced HSD partner Storro as the winner, because of their tool that makes it easier and more secure to share data within groups in the cloud. By only saving data with the people who work together, it is close to impossible for third parties to gain access to information without permission.

As winner Storro will get access to Equinix' data centres for the length of one year, a study trip to Silicon Valley, a yearlong support of an Equinix Solution Architect and an introduction to different investors from Silicon Valley. Aim of Equinix is to stimulate the digital business of Storro en to achieve the same Dutch level of success in other markets.

Equinix, StartupAmsterdam, StartupDelta and DutchBasecamp are the organisations behind the Equinix shark tank. The startup contest is on the same day as the opening of the Equinix data center AM4, which is the largest data center in Amsterdam Science Park, the city’s innovation and science hub. “The collaboration is meant to create a platform for digital startups and scaleups who are convinced they can conquer the world,” says Michiel Eielts, Managing Director Equinix Benelux. “Startups with international ambitions don’t become successful by just going out there, but by entering into the right collaborations and working towards a common goal.”