Dutch Firebrigade, Police and Ministry of Defence Sign Declaration to Cooperate in Training & Testing Deployment of Drones During Incidents 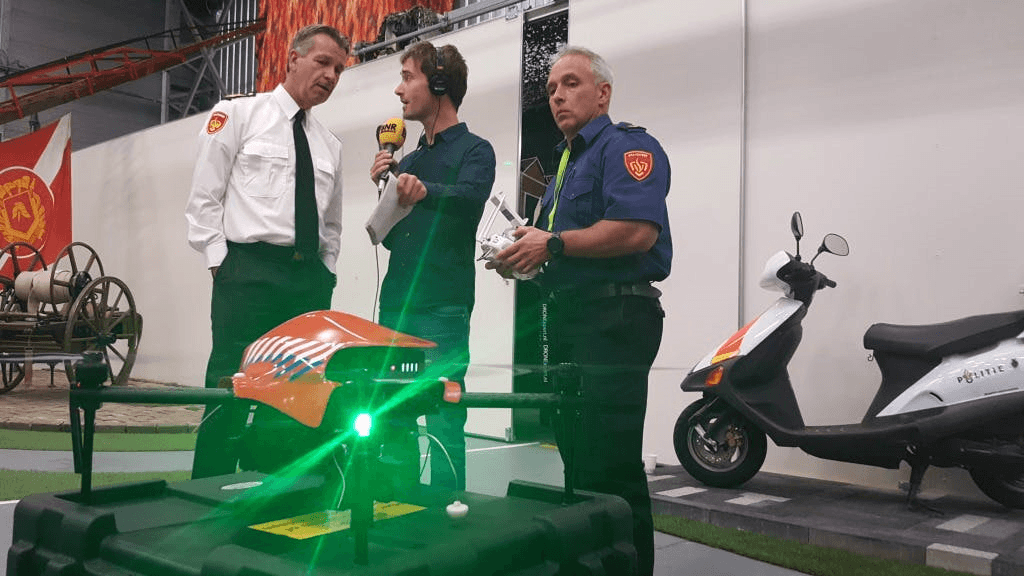 The Dutch fire department wants to be able to deploy fire fighting drones within an hour in case of incidents. In order to achieve this, the firebrigade, police and The Ministry of Defence will work together. That is why they signed a declaration of intent for a collaboration with drones. The declaration was signed on friday 8 September, during a seminar hosted by Twente Safety & Security Campus.

Dutch Firebrigade chairman Stephen Wevers arguess that using drones at incidents adds great value. "The added value is the reason why this instrument is currently being deployed in the Carribbean in order to oversee the implications of the hurricane".

Because drones are relatively new, personell has to be trained and get accustomed to rules and regulations around using drones. That is why the Dutch firebrigade, police and Defence will work together on trainings and tests with deploying drones during incidents.

The firebrigade is already testing and using drones in fighting fires for a longer period of time. Those drones are equipped with regular and heatvision cameras in order to create a better image of the fire. Eventually, the firebrigade wants to add smoke-detecting sensors, which are able to analyse the smoke, so that they can detect harmfull substances in an early stage, explained by Wever to BNR.