Collaboration is More Relevant than Ever 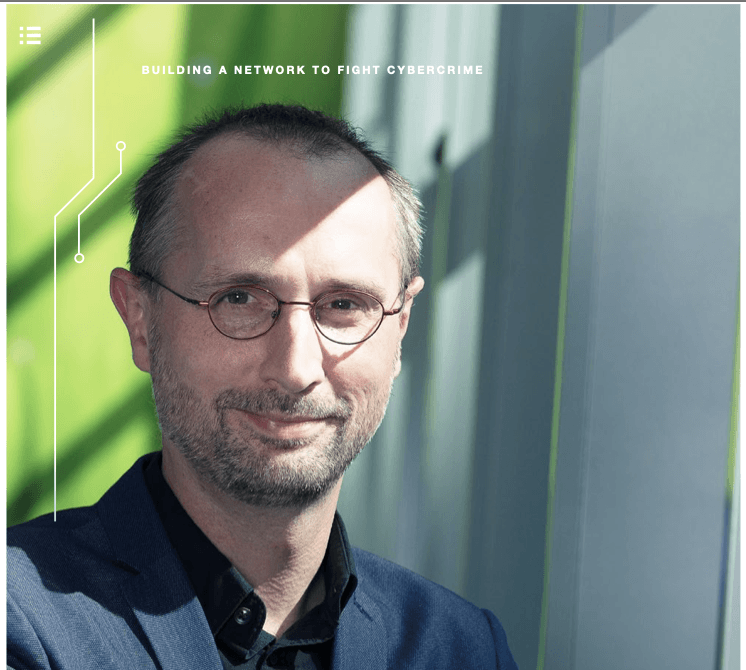 How can public safety & security services fight cross-border cybercrime? And how can cyber criminals be prosecuted once they are tracked down? The answer to these questions is not all that simple. But one thing is clear: within the justice department, there is a need for more knowledge and manpower to fight cybercrime effectively. And that is also why the Public Prosecution Service (OM) decided to collaborate with HSD at the end of December 2017.

Lodewijk van Zwieten, senior public prosecutor at the District Public Prosecutor’s Office of The Hague, believes that the OM must be a reliable partner in the fight against cybercrime.

‘Clear guidelines are very helpful in that context, for example with regard to the penalties that apply to different forms of cybercrime. As the cybercrime landscape is subject to rapid changes, it’s important to ensure that the OM is able to respond flexibly and effectively. That’s also why it’s important for us to stay on top of new developments and to remain innovative in our working methods.’

Close links have existed between the OM and HSD for some time now. In the summer of 2017, the top echelon of the Dutch criminal law chain visited the HSD Campus to learn more about the innovations available on the market in the field of security and how these can be of use in the criminal law chain. There are also frequent contacts with Testlab, the OM’s innovation platform, and experiments are carried out in close collaboration with each other.

‘We are open to new developments, but at the same time we also respect the rights of suspects as well as the interests of victims and the security of society as a whole’, explains Van Zwieten. It’s clear to the OM that HSD and the HSD network can make a valuable contribution when it comes to encouraging innovation within their organisation and developing existing concepts into useful products. ‘An effective strategy for dealing with cybercrime must be based on more than detection and prosecution alone. Collaboration with public and private partners is essential, for example in order to neutralise technical infrastructures set up by criminals, to inform (poten- tial) victims, and to prevent crime. Collaboration with HSD opens doors for the OM to collaborate with valuable partners and build a network together that can be used to fight cybercrime effectively.

Michiel Zwinkels, Deputy Chief Public Prosecutor at the District Public Prosecutor’s Office of The Hague, is convinced that collaboration with partners in the security domain is one of the added values of part- nership with HSD: ‘Active participation in the national HSD security cluster is essential in the rapidly chang- ing world in which we live. The ever increasing pace of technological developments requires innovative thinking. The OM believes that collaboration between the public and private sector will make it possible to combat cybercrime more effectively. Collaboration in the battle against cybercrime is more relevant than ever nowadays.’

The OM and HSD have already collaborated in launching an innovation programme that deals with a number of important themes. For example, on the theme of “ethical hacking”, an HSD Café was organised in which the OM and ethical hackers from the HSD network held several discussions. As a follow-up to this initiative, a collective brainstorming session took place that helped forge closer ties. On the theme of “open innovation”, a number of thought leaders from the (cyber) security sector held a round- table discussion during an open-innovation session on computer crime. In addition, the OM has already contacted other HSD partners, such as the Cyber Security Academy (CSA) and ICTU to examine the possibilities for further collaboration.