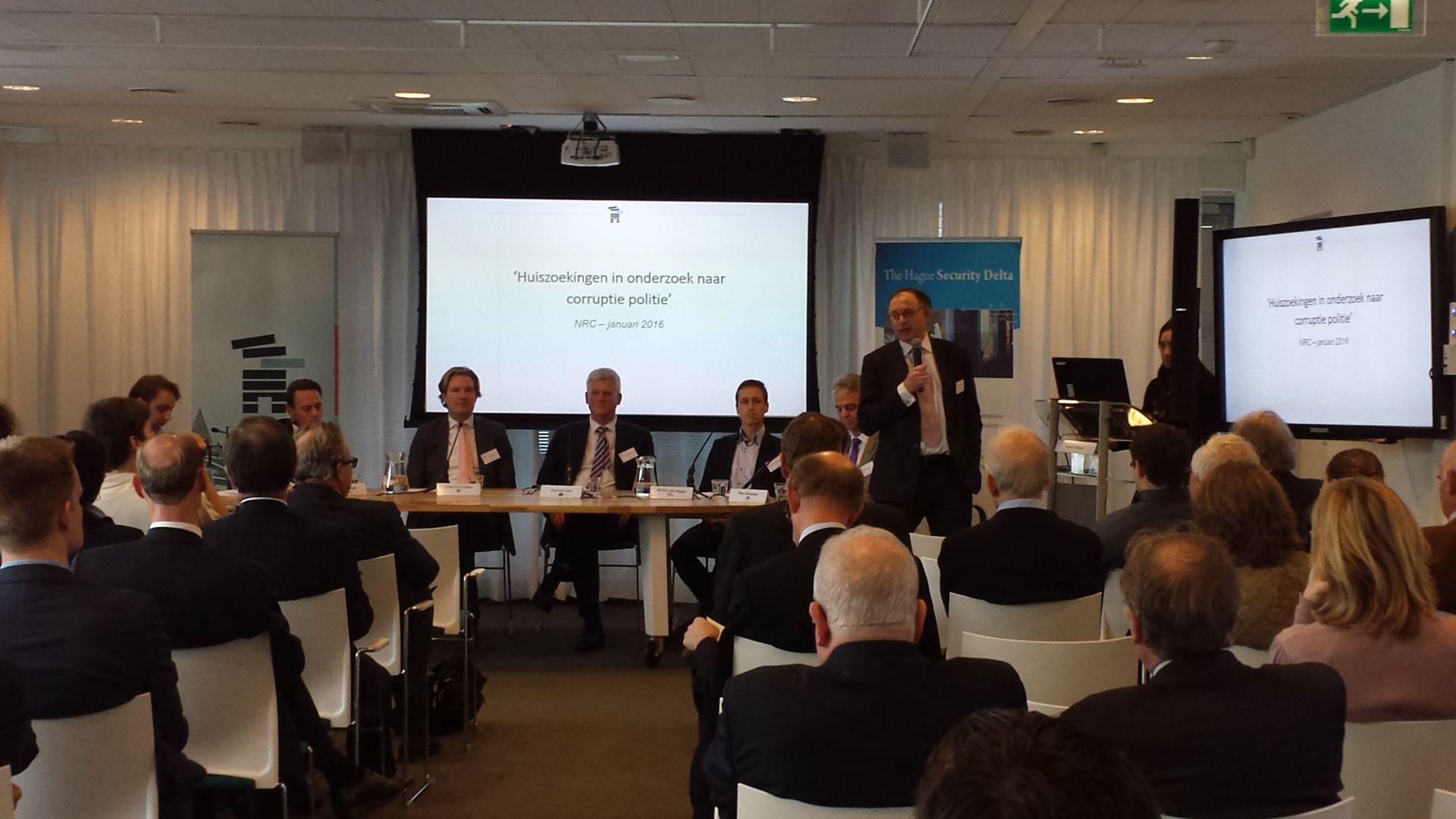 Political parties want to invest substantially in combatting financial and economical crime. Governments need to exchange more data with each other and with the business community. A more cohesive collaboration between public and private organisations must be encouraged. These were the outcomes of the election debate which was organised on 6 March by the Institute for Financial Crime (IFFC) and HSD at the HSD Campus.

It is estimated that annually 11 billion euros disappears due to fraude. The damage to the business community is estimated on 46 billion euros. However, political parties barely pay attention to the issues concerning fraud and the prevention of it in their election programmes.

The political parties VVD, D66, CDA, PvdA, SP and Piratenpartij all agree on the fact that more manpower and resources are needed in the combat against fraud, undermining and crime in general. SP wants to invest 1.3 billion euros in amongst others the National Police, prosecution and a National Fraud Authority. The plans of the other political parties that participated on 6 March are less ambitious and their approach is fragmented. Besides, they are not enthusiastic on creating a National Fraud Authority.

Eliminate restraints and prosecute the management

The political parties all agree on more collaboration between supervisors, governments and businesses. Privacy legislation needs to be adjusted if it forms a restraint in exchanging data.

Compromising with businesses that committed fraud is a way of skimming the earnings. But the majority of the political parties at the debate mentioned that it has a negative influence on the sense of justice if responsible persons will not be prosecuted.

None of the political parties at the debate see potential in an independent supervisor for misconduct, despite the fact that tens of politicians and governors had to resign in 2016 due to issues on integrity. D66 said that the free press is an important watchdog. VVD believes that the already implemented tightened legislation on politicians suffice. CDA argues that the prosecution is already alert on this topic. PvdA finds that The Netherlands can be proud on its politicians and governors.

Today made clear that financial and economical crime is widely increasing, but the attention stays behind, according to Arthur de Groot, Executive Director of IFFC. Together with HSD, the IFFC is committed to get more attention on (digitial) fraud and cooperation in the field of security. Richard Franken, executive director of HSD: ‘’The broader ‘risk thinking’ and creating attention for this topic by IFFC, HSD and its partners, is vital. It is great to see that the election debate, which was held at the HSD Campus, can contribute on this ambition.’’

The official press release of IFFC in Dutch can be read here.