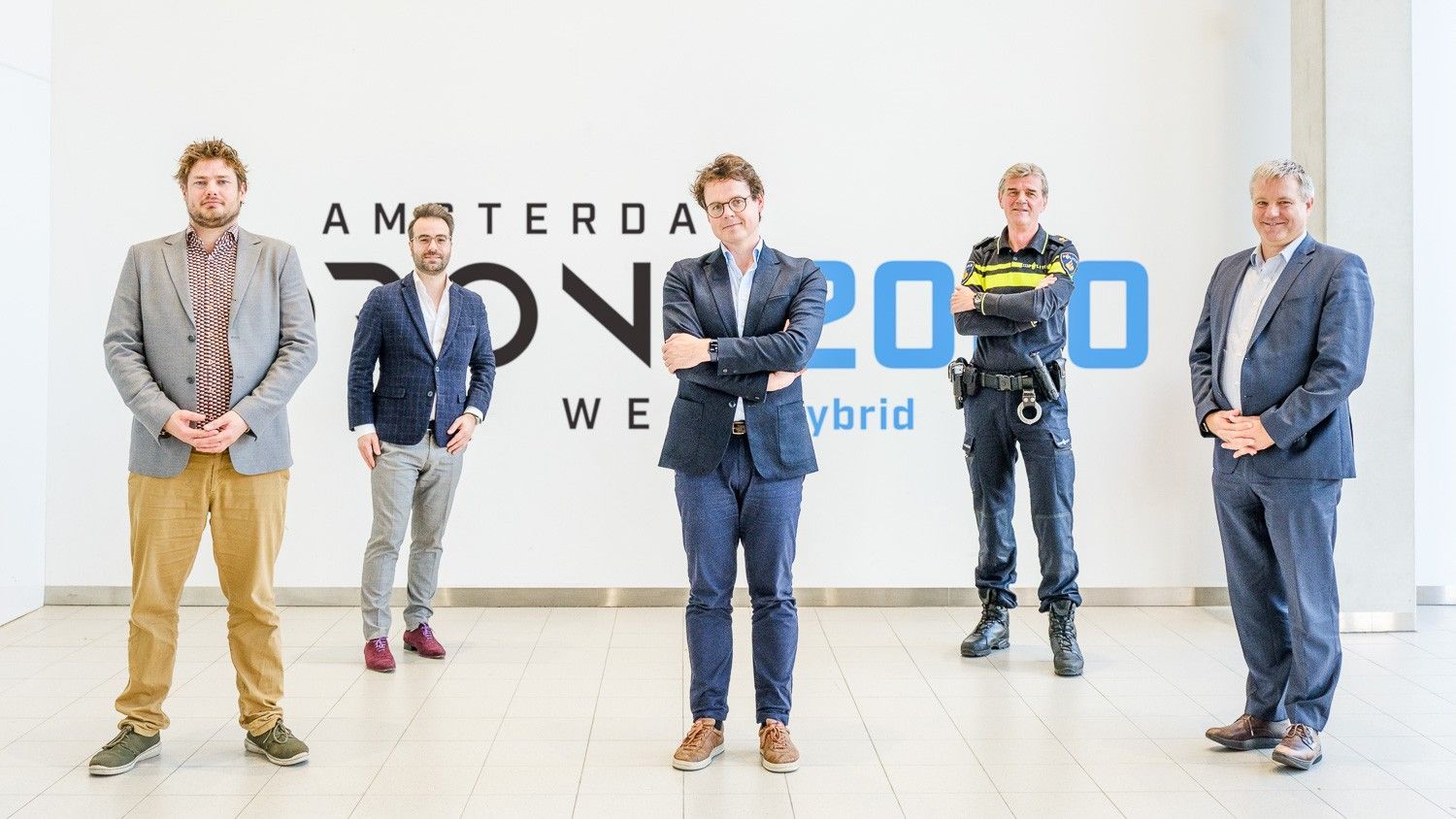 During the Amsterdam Drone Week 2020 a mini hackathon with AI developers (led by Maarten Sukel, AI-Lead at the Municipality of Amsterdam) took place in which the participants tried to tackle a number of urban security issues through the use of a drone, camera images and artificial intelligence.

For example, can you use drone images of the coast, above water, to have an algorithm do its job in such a way that the images are immediately translated into information and recognition of a possible drowning person in distress? Can you use AI In The Sky as a police force to quickly and accurately obtain an information image about a part of the coast, but without violating the privacy of visitors?

Mark Wiebes, Innovation Manager at the National Police “In this case, we are purely concerned with the factual and situational information on the question whether a drowning person is in the water? Not about the identity of that person.”

Programme director at the National Police Theo van der Plas adds that camera surveillance in combination by drones and AI does not mean that there will be less police on the street. The strength of a drone is that it is quickly on site and can literally create an overview in a second of time due to the wide viewing angle. This allows the police to make more effective and faster decisions in case of a large-scale public intervention, but also a traffic accident or a crime scene.

Being transparent in the code behind the technique of image recognition in combination with data minimisation is what the municipality of Amsterdam is striving for, says Lead Public Tech Aik van Eemeren. You can now also download the application developed by the AI ​​team from the internet.

The City of Amsterdam works together in the Impact Coalition for Safety and Security (ICSS) with the National Police and the municipalities of The Hague, Almere, Eindhoven, Utrecht and Apeldoorn. The coalition is supported by the network organisations DITSS, HSD and the VNG. They bring together public and private stakeholders to work on innovative solutions for urban security issues contributing to a more secure society. This includes the use of drones and application of AI and data analitics but also privacy, ethics and cybersecurity.

As a government, Amsterdam wants to be proactive in maintaining the trust of citizens in these types of technologies. Sander Klous, professor of Big Data at the UvA (and also partner at KPMG), also argues for clear agreements and explanations regarding these types of applications. The monitoring of privacy is often well organised for each individual solution, but you can see in a chain and whether a combination of applications that, for example, have camera images running on that same part of the coast, in combination with social media, can be traced back to individuals. Research also shows that explaining AI in layman's terms through an application breeds much more confidence than publishing 300 pages of manual and code.