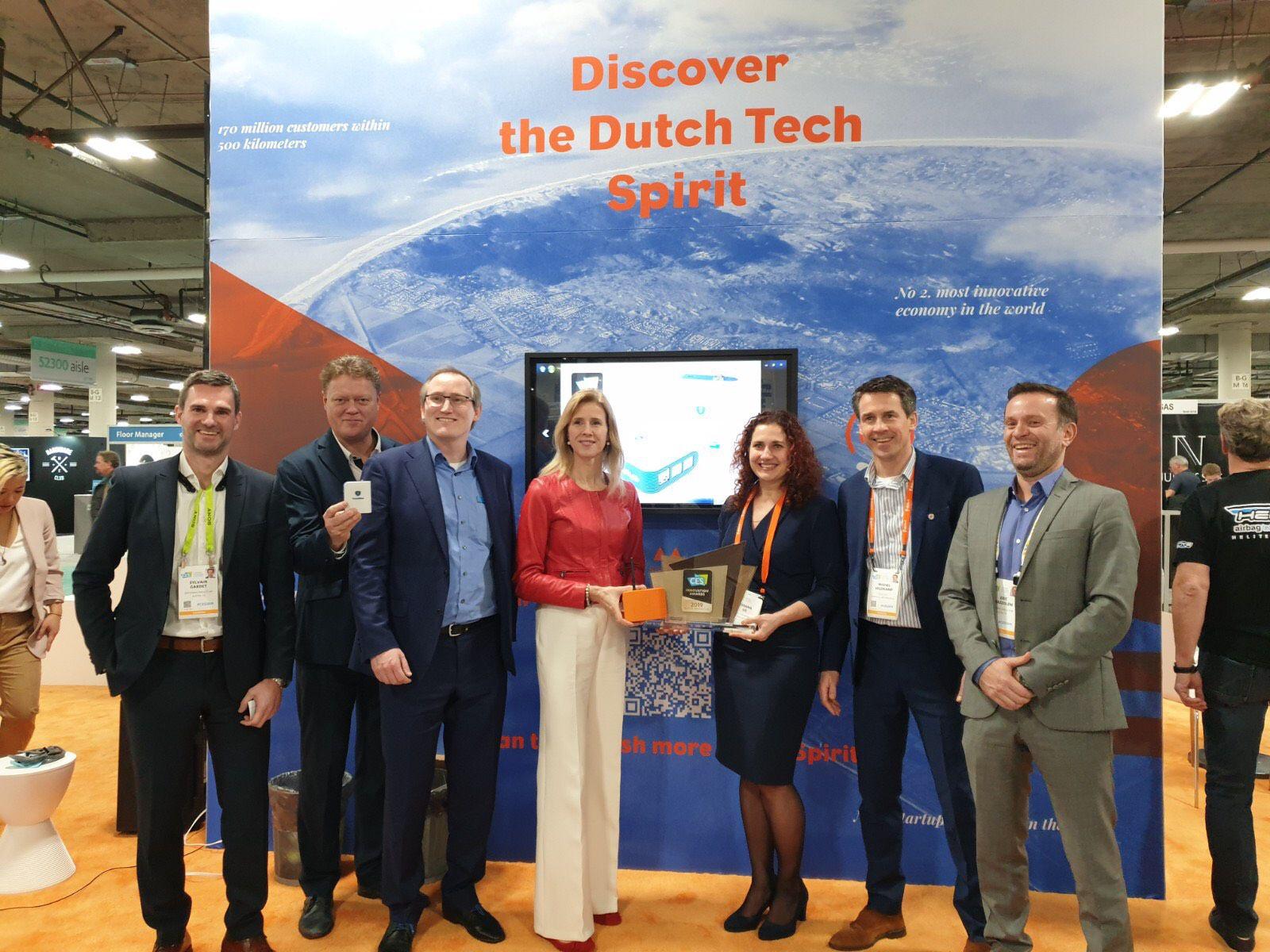 Dutch company Scalys is making its mark as it wins the Best Of Innovation Award in the category of Cyber Security & Personal Privacy at the CES in Las Vegas, U.S. for its TrustBox. The CES (Consumer Electronics Show), held between 8 and 11 january 2019 has served as the proving ground for innovators and breakthrough technologies for 50 years — the global stage where next-generation innovations are introduced to the marketplace.

HSD Partner Scalys is part of the Dutch mission to CES 2019, including a Holland Pavillion, organised by StartupDelta and the Kingdom of the Netherlands. This mission includes 50 dutch startups. “The Netherlands is the gateway to Europe with a relatively small population of 17 million people, and is the birthplace of WiFi, Bluetooth, the compact disc and LED technology – as well as historic breakthroughs such as the wood saw, microscope and submarine,” said Gerbert Kunst, San Francisco-based Consul General of the Netherlands. “This showcases our innovative Dutch skills and entrepreneurial spirit for tackling some of the world’s toughest societal challenges to find global solutions – not only in consumer technology, but also in digital health, water management, agriculture, smart mobility and creating circular economies.”

Officials coming along with the Dutch mission include Prince Constantijn, startup envoy of The Netherlands (Startupdelta) and Mona Keijzer, Secretary for Economic Affairs and Climate.

Read the article in NRC.