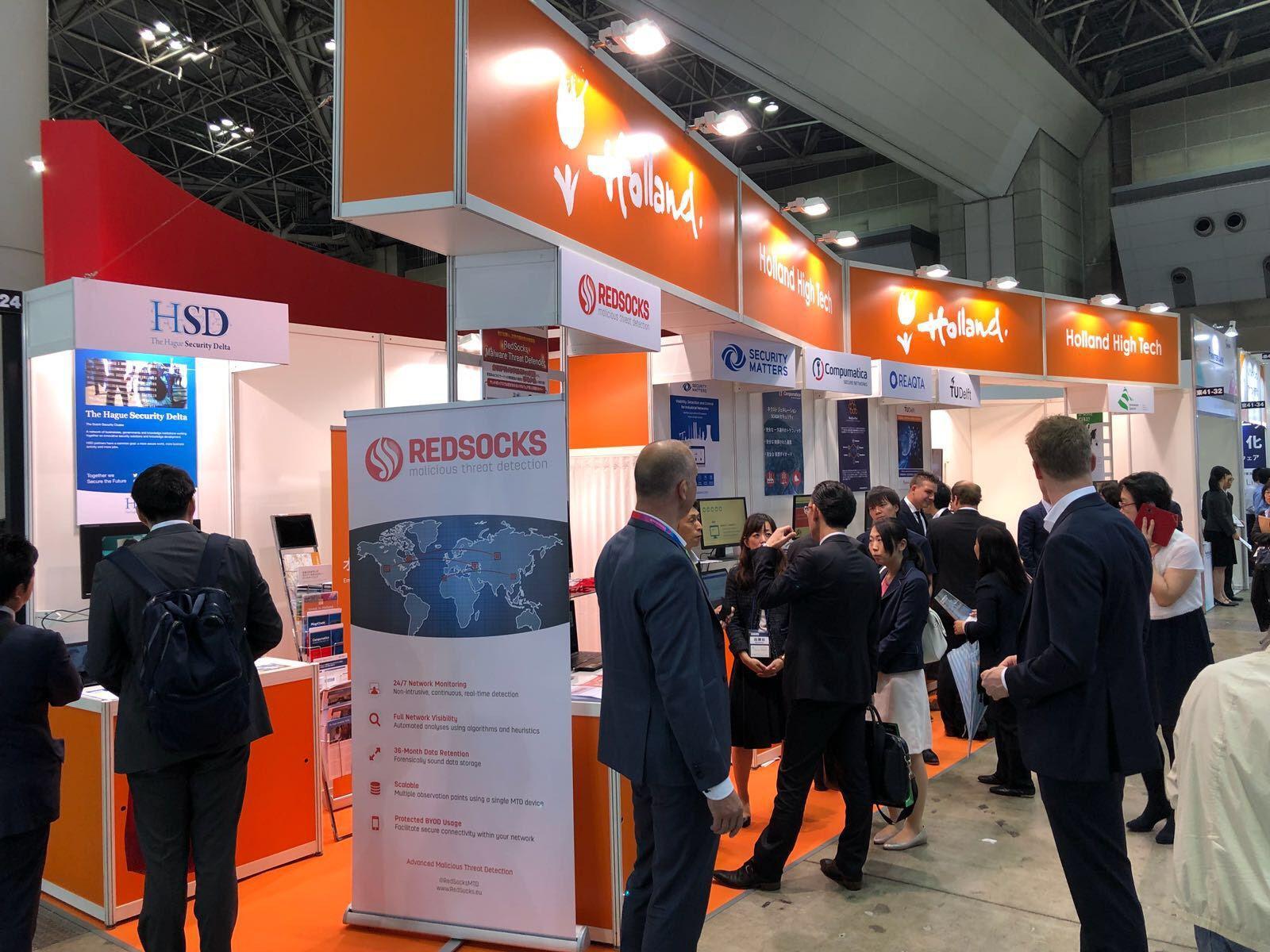 As part of the Partners for International Business Cyber Security (PIB) Japan, a delegation of Dutch cyber security businesses and knowledge institutions visited the largest IT Security event of Japan, the Japan IT Week and joined the Holland Hightech Pavilion. The mission took place from 9 untill 11 May 2018.

During this mission InnovationQuarter, NFIA, Dutch embassy/Innovation Office and HSD Office represented and positioned the Netherlands as the secure digital gateway to Europe. In addition HSD partners SecurityMatters, Compumatica, Redsocks Security, TU Delft and ReaQta presented their cyber propositions to Japan, with the aim to have exposure and create new relationships with Japanese businesses, knowledge institutions and the Japanese government. The purpose of this mission was to contribute to a Cyber Secure Japan and its critical infrastructures in relation to the Olympic Games 2020.

Jan-Hein Chrisstoffels (Netherlands Embassy, Tokyo): “We have been running this Japan-project for 4 years straight, promoting Dutch cyberexcellence as a niche proposition in the Japanese market. We launched it during the State Visit to Japan, October 2014, signed PIB in Summer 2016, and are seeing real results rolling in today. That is very satisfying.”

Redsocks Security together with its Japanese partner Networld, had their first dealflow. Compumatica prepared a testcase together with a new partner/customer. TU Delft strengthened their relation and cooperation with the University of Okohama International University and Kyushu University. ReaQta had many relevant conversations in relation to finding the right Japanes partner. And all of them gained new contacts and leads.

Also, a business deal of multiple Dutch parties with an end-user and strategic partner in Japan is in progress.

In addition, Security Matters together with their Japanese partner Macnica Networks showcased their case study about the deployment of 'SilentDefense' in TEPCO Power Grid (TEPCO PG), the largest electric power company in Japan. This case study was officially announced on 18 May 2018 by a press release. With the number of cyber attacks constantly on the rise and the upcoming Tokyo 2020 Olympic Games, TEPCO PG selected Security Matters' SilentDefense to enhance the cyber resilience of its industrial infrastructure and the security of Japanese social infrastructure.

Damiano Bolzoni, co-founder SecurityMatters: “The Japanese market is one of the most demanding in terms of technical quality and flexibility requirements, and it’s very difficult to reach the high level of trust required to work with their critical national infrastructure. The establishment of this fruitful relationship would have not been possible without the Dutch Embassy, the PIB programme and the partners facilitating our events in Japan and offering their invaluable assistance with building the trust to establish a relationship. Because the Japanese market is dominated by giants, the forming of a successful relationship with a European company is vital. This will both increase the opportunities for Dutch R&D and demonstrate a best practice for other high tech Dutch companies.”

InnovationQuarter, the Dutch embassy, NFIA and HSD Office had many fruitfull meetings during the Japan IT Week. The concrete results will be announced later this year. 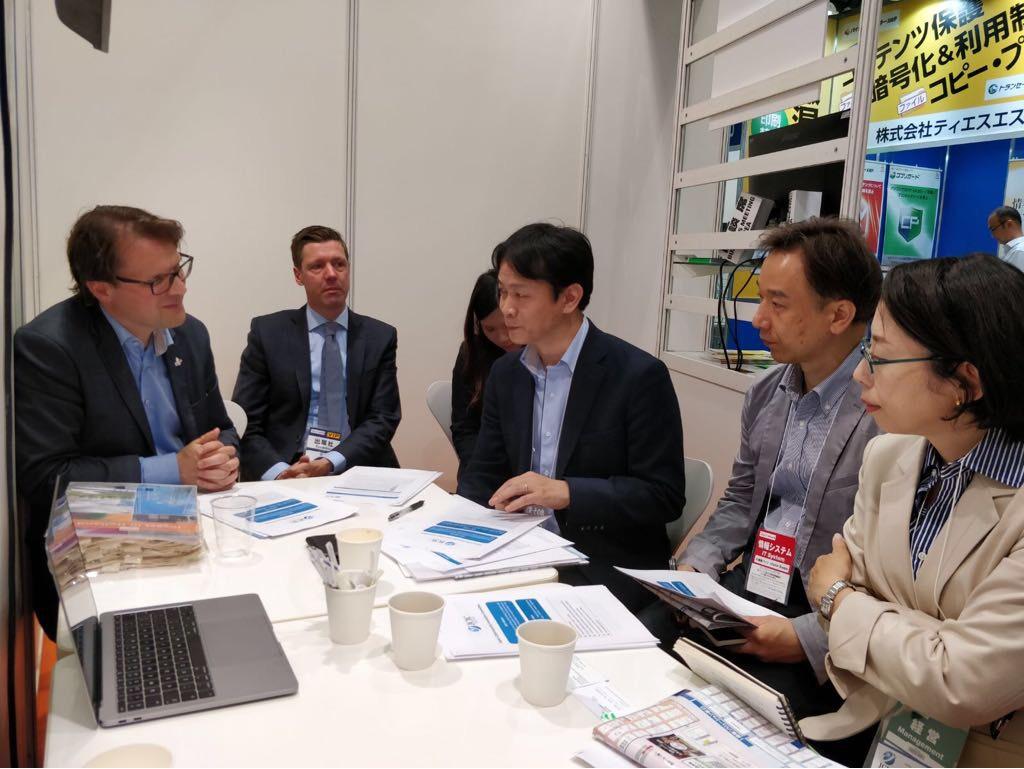 HSD Office coordinates the PIB Japan consortium in close cooperation with the Netherlands Embassy, Tokyo. Therefore HSD Office (Joris den Bruinen, deputy director) was also joining the mission. One of the important meetings during the visit was the meeting with the Japan Cyber Security Innovation Committee, a not for profit foundation with board members such as Hitachi, NTT, Accenture, PwC, Keio and Tokyo Universities. Aim is to introduce the Committee at Global EPIC and an incoming trade mission during the Cyber Security Week from 2 - 5 October 2018, which provides the opportunity to create a Japanese pavilion at the CSW Expo.