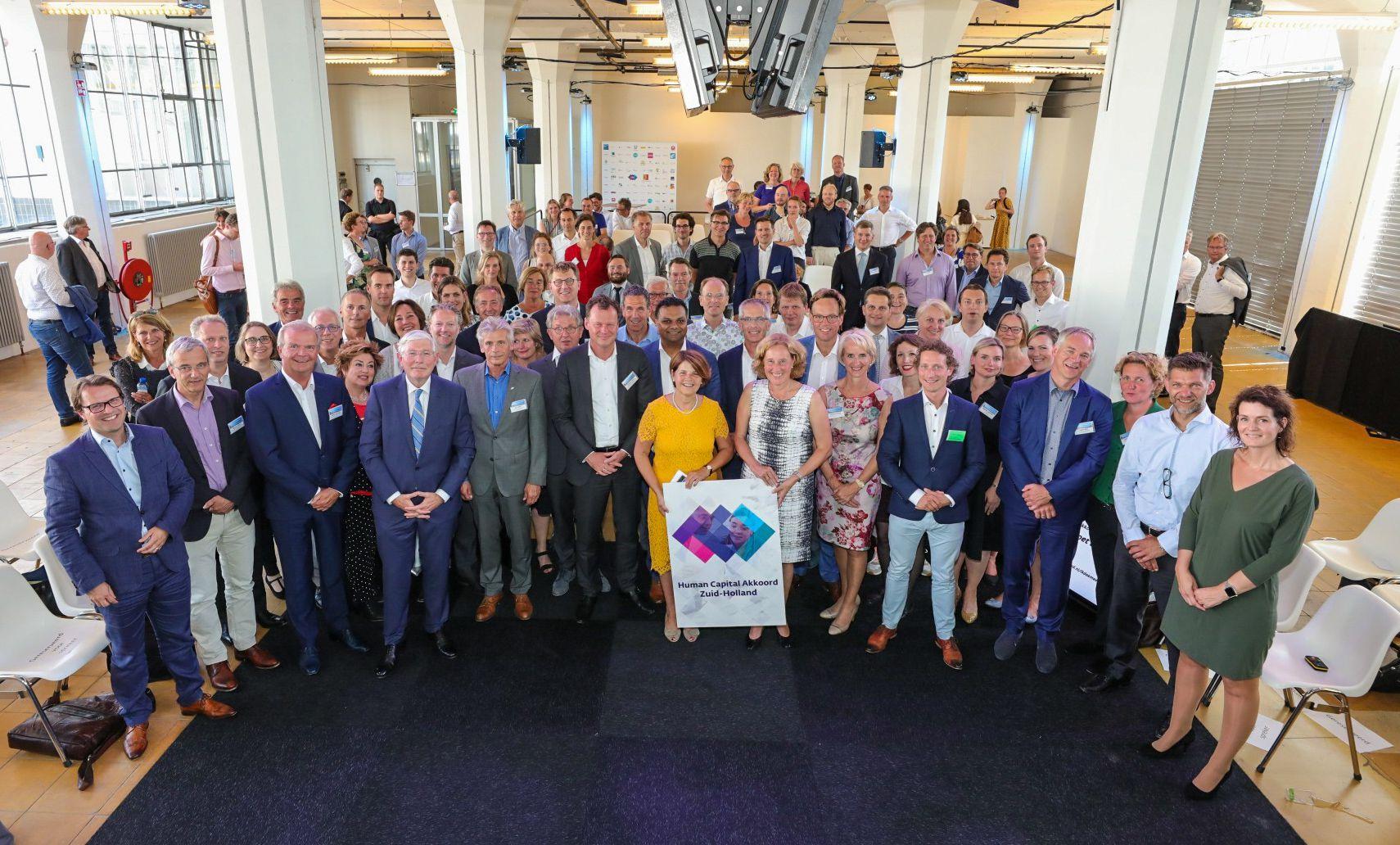 South-Holland suffers from the largest labour shortages in the Netherlands. On 24 June, 66 companies, knowledge institutions and governments signed the Human Capital Agreement South-Holland. Together, these parties dedicate themselves to concrete goals regarding the (re)training of personnel, helping those without employment to find a new job and the attraction of international talent. South-Holland wants to use the Human Capital Agreement to become a national and international competitor via a labour market that optimally uses the talent of employees.

“Employers are struggling to find good personnel, employees find it difficult to find suitable employment,” says Marja van Bijsterveldt, president of the taskforce Human Capital from the Economic Board South-Holland.

“This mismatch is not a problem of the employer or the employee, it is a problem of all of us. It is important that the labour market of South-Holland becomes more flexible. We want to be pioneers in 'Life Long Development'. These ambitions are now converted into actions.”

The Human Capital Agreement South-Holland was signed by 66 parties ranging from companies, knowledge institutions to governments on 24 June. The province of South-Holland has made €1 million availanble for the first year of the execution of the Human Capital Agenda. The agenda runs until at least 2024 and the region has set a number of concrete goals for that horizon. The region makes it possible for 40,000 employees to develop themselves, 55,000 employees to transfer to another sector and help 20,000 part-time employees that want to work more find that employment. 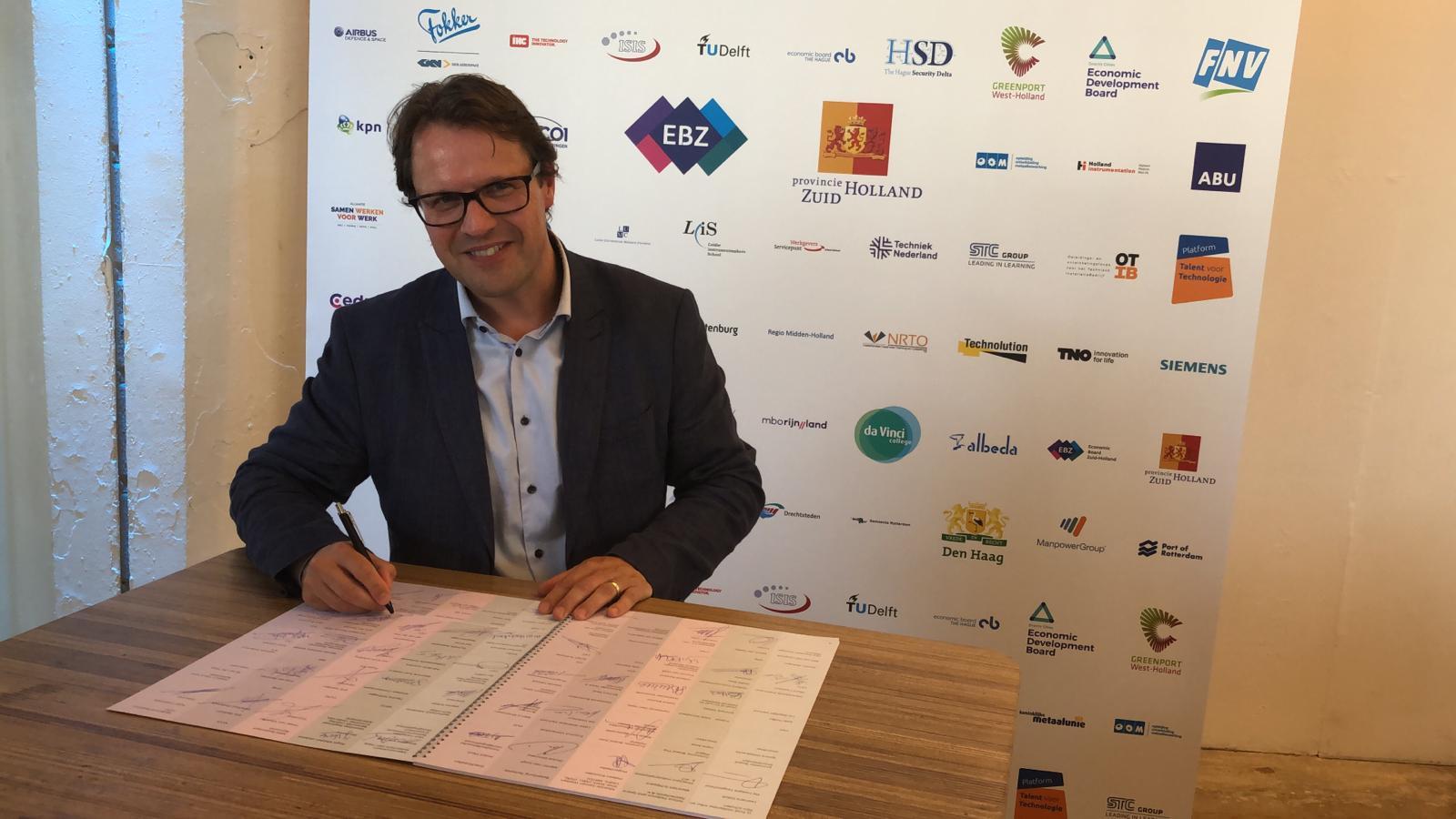 HSD Office also signed the South-Holland Human Capital Agreement. The security domain -and specifically the cybersecurity part in this region- is growing and in need for specific talent. HSD Office published the national Human Capital Agenda Security 2019-2022 last month, with programmes and intended outcomes supportive of regional ambitions. This includes the International Cyber Security Summer School, Cyber Security Re-Schooling programme and continuous education through Security a la Carte. "We are currently focusing on existing programmes, and are setting up new ones to further support this regional agreement together with the Province and EBZ", according to Mark Ruijsendaal, HSD Innovation Liaison. HSD together with its community has already realised several results for Human Capital in the cybersecurity domain. In addition, HSD Office has a unique insight in the needs of the sector through securitytalent.nl. 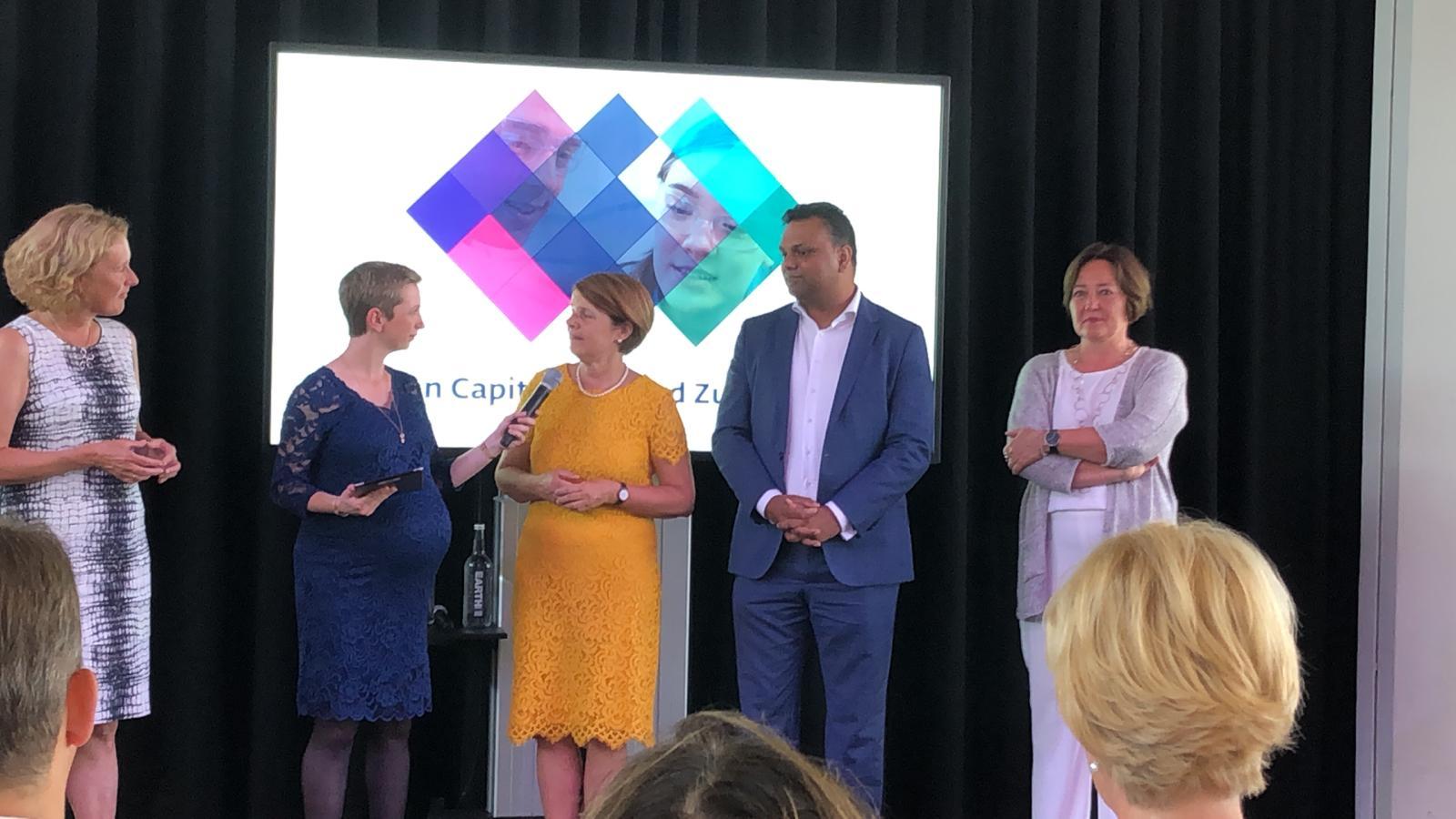 From the financial services sector to greenhouse horticulture

The goals in the agreement are realised via projects, the first three of them already started, says project manager Ferrie Förster. “2,000 employees from the high-tech sector are retrained, for example at the Expertise Centre Precision Technology, with the latest technology in the SMITZH long life development-project. In the From Job to Job-project, in cooperation with the Greenport West-Holland, 1,500 employers are retrained or given additional training for a job in greenhouse horticulture. 5,000 employees are retrained or given additional training in innovative, short IT-trainings for an IT-related job in South-Holland.”

The Human Capital Agreement represents a new trend on the labour market: creating a learning culture for both employers and employees. Because, in tomorrows labour market we will keep developing ourselves.

Agreement widely spread in the region

“This agreement is very necessary,” states representative Adri Bom-Lemstra of the province of South Holland. “The bottlenecks in the labour market are very expensive for the region. Via the deals in this agreement we retain and develop talent for the region, ensure economic growth and work on the competitive power of companies in the region. This is how we give an impulse to the economy of South-Holland.”

Watch the video below, take a look at the infographic and read the official press release (in Dutch).