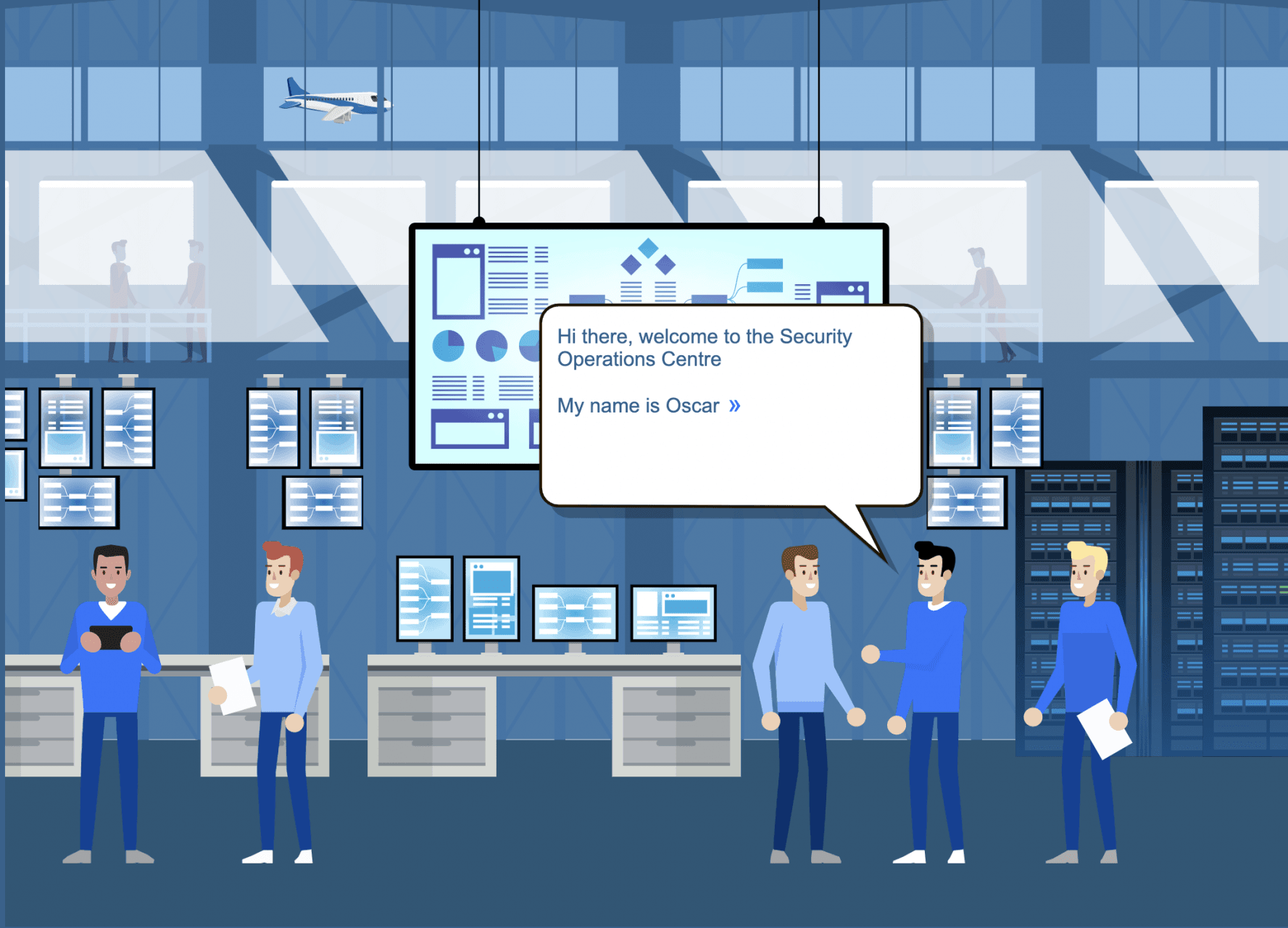 Last week, Thales Nederland launched a new Cyber Defence Game, an online game for everyone who wants to learn the basic principles of cyber defence. In context of the European Cyber Security Month (an initiative of the EU to increase cybersecurity awareness), Thales gives the participants an indication of their security awareness.

In the game, participants try to prevent a hack within 5 minutes. The game focusses on four main elements of cybersecurity: Protect, Detect. Respond and Recover. In the Protect phase, participants can earn building blocks by answering a number of multiple-choice questions. These building blocks can be used in the Detect phase to build a defence. If the defence is broken, participants get a second chance in the Respond phase after which any remaining holes under Recover can be closed with the help of the forensics team.

During the game, participants are guided by Oscar, who is in real life also SOC Manager at Thales. He gives players immediate feedback and explanations about which choices give the best results or the greatest vulnerabilities.

Afterwards, participants will be informed on which level they have reached. By letting several employees and colleagues within an organisation play the game, businesses immediately get a simple method to measure the security awareness in the organisation. Afterwards, all participants will be offered an infographic in which the most important facts from the Cyberthreat Handbook will be clarified. In the Cyberthreat Handbook, Thales and Verint list the most dangerous cyber attackers.