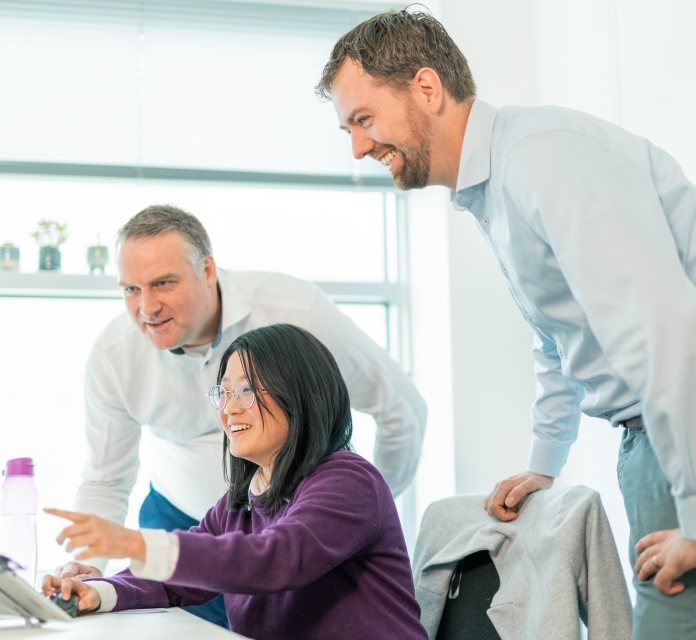 The digital transformation that has taken place over the last few years has created opportunities for many companies across different industries, but it has also generated a multitude of threats. There are a collection of companies within The Hague’s cyber security ecosystem working to combat cybercrime and provide a more secure cyber future. CFLW Cyber Strategies is an example of a company doing just that with their Dark Web Monitor and other services. Managing Director and Founder of CFLW, Mark van Staalduinen, provided a glimpse into the inner workings of cybercrime and how the entire ecosystem is working to prevent them.

After a career in cyber security that included time with INTERPOL and TNO (an independent Dutch research institute), Mark developed the technological proof of concept for the Dark Web Monitor and spun off the idea out of TNO into CFLW. The technology developed into an MVP and is now a full fledged product and the core offering of CFLW. It is an open source intelligence service that provides crypto-asset and dark web analytics services. Mark explained it as having “the full address book of the dark web”. Law enforcement and cyber agencies can use the tool to investigate illegal activities and eventually go after criminals. Dozens of police cases around the world have been opened based on intelligence from the Dark Web Monitor. “Of course, I'm always happy with a contract. But receiving a small message from a law enforcement officer who reports a success, it gives [us] even more satisfaction,” Mark shared. “And in the end, that's why we are doing this.”

CFLW is based at the HSD Campus, the meeting place of the Dutch Security Cluster, where they opened their offices after the COVID lockdowns. The move to the HSD Campus in The Hague immediately brought attention and recognition to CFLW.

Mark: “So many people were really keen to meet there, come down, to have a chat. There was not much doubt that CFLW would be set up in at the HSD Campus The Hague, but one particular factor proved decisive – that cybercrime and cyber technology are not constrained by borders and require all cyber agencies to operate internationally."

The Hague is a great base for European operations working in cyber security because of its proximity to international organisations, as well as its accessibility to Amsterdam’s Schiphol Airport. When working with pan-European organisations, companies, and governments, this became a key selling point for Mark, who mentioned that from Schiphol, “in half an hour we are in The Hague. And by the end of the day…you can leave, go back to Schiphol and fly back the same day to your home country.” Mark had previously been posted by TNO to Singapore from 2016 to 2019 as well as worked as a cybercrime expert to the Singapore-based INTERPOL Global Complex for Innovation. Arising from this prior international experience, CFLW has also built a trusted community in Southeast Asia comprising valued partners from government, industry, and academia. The Hague as an international hub, and city of Peace, Justice & Security has seamlessly allowed CFLW to maintain and grow these partnerships.

Just as the borders of cybercrime have blurred, so too has it become harder to distinguish between cybercrime and traditional crime. Cybercrime was formerly seen as purely crimes against or by computers, but Mark pointed out that almost all traditional crimes are now either facilitated or enabled by digital technologies. This requires a new approach from law enforcement and creates a greater need for data scientists, AI experts, and other cyber security related professionals to work not only with companies such as CFLW, but also with law enforcement agencies who require high-tech expertise. Mark mentions that cybercrime is contributing to all sorts of offences from drug abuse to child sexual abuse, and from money laundering to terrorism. The sooner that traditional crimes and cybercrimes are seen as one and the same, the more efficiently they can be dealt with. Mark believes that the upcoming ONE Conference will promote this understanding and facilitate change across the industry.

Mark and his company, CFLW, will be attending the ONE Conference, which he cites as a great place to network and better understand what is happening in the ecosystem. Having identified co-creation as a key strategy to success, the conference helps Mark to pursue this strategy by building trust with partners and clients. Such an approach is also evident in CFLW’s partnership with TNO, which was renewed for five additional years. Furthermore, the ONE Conference is a great opportunity to find potential talent within the cyber security space.

CFLW runs a youth academy where university students pursue their master’s degrees, projects, or theses together with their host organisation in the hopes of securing a full-time job. This method of talent sourcing is in alignment with CFLW’s core tenet of trust and partnerships. Mark stated, “we cannot do this alone, we really need to work together.” His philosophy underscores the importance of belonging to an ecosystem like the Dutch Security Cluster HSD, with its core in The Hague.