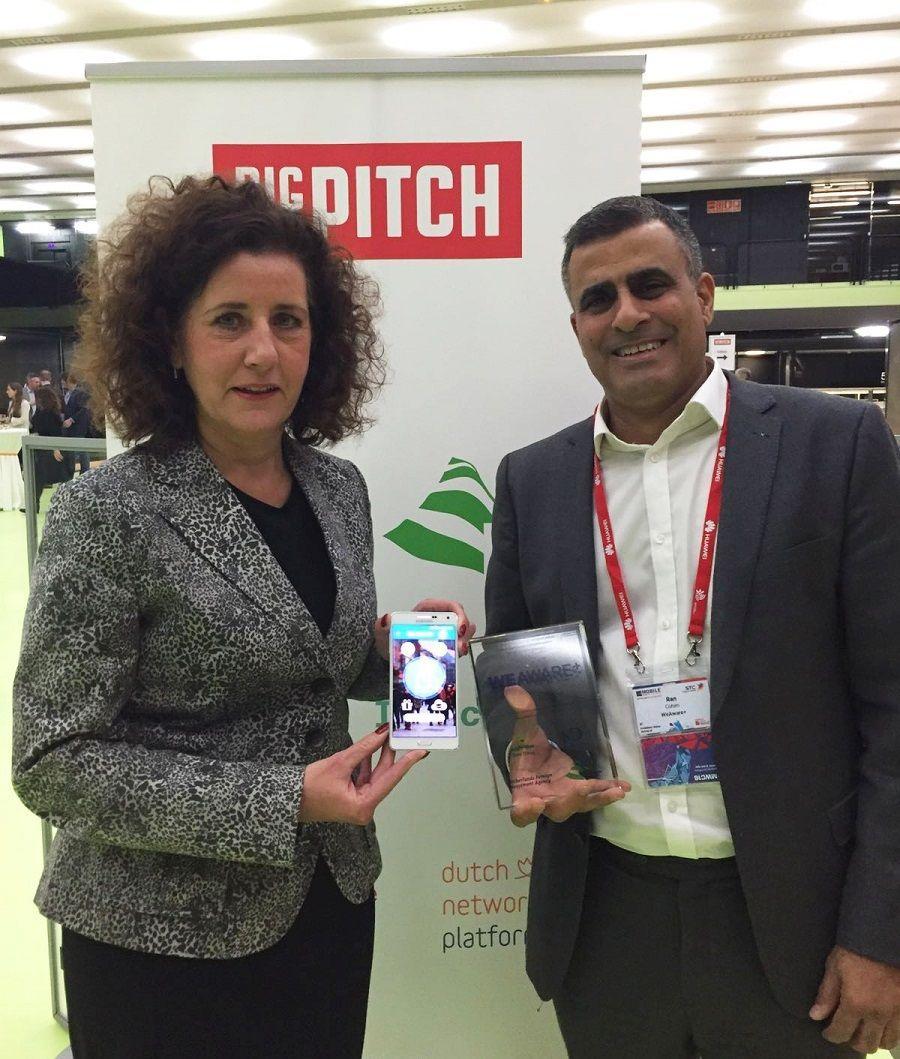 At the recent Mobile World Congress 2016, the Netherlands Business Support Office (NBSO) Barcelona, together with HSD, InnovationQuarter and the City of The Hague, organised the BIG-Small startup event. During this event in Barcelona, Spain, Deputy Mayor Ingrid van Engelshoven announced the establishment of WeAware+™ B.V. on the HSD Campus in The Hague,

The Netherlands. WeAware+™ B.V. is a spin-off of the internationally renowned security agency SDR©. The new WeAware+™ office was officially opened in The Hague with the presentation of a plaque to CEO Ran Cohen, and at the same time, the new WeAware+™ safety and security app was launched.

WeAware+™ B.V. aims to work with local citizens to make living and working environments safer. It is a spin-off of the leading international safety & security agency SDR©, which advises government and industry worldwide, and helps to recognise threatening situations at an early stage. The startup has developed a special collective awareness app to help prevent undesirable situations, criminal activity, and its social and economic consequences. The WeAware+™ app allows for increased citizen participation, and reduces the distance between citizens and professionals, such as government and police.