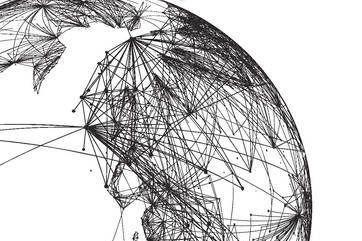 The Dutch Scientific Council for Governmental Policy (De Wetenschappelijke Raad voor Regeringsbeleid, WRR) urges The Netherlands to establish a security council led by the Dutch Prime Minister and consisting of high-level civil servants of the Ministries of Foreign Affairs and Security and Justice. This was one of the conclusions of the WRR report ‘Veiligheid in een wereld van verbindingen’, which was published on 10 May 2017.

The WRR has looked into the domestic and foreign (security) politics in a broader perspective. The forces behind current international relations ask for a strategic analysis of the safety & security situation in order to develop foreign security and defence policies and in particular to determine the role of the armed forces. The report states it is necessary to develop one vision and a joint strategy: a National Security Plan (Nationaal Veiligheids Plan).

He adds: “The biggest threat for The Netherlands is that all our connections with other countries, such as the connection in data traffic, will be affected.”

Technological developments -especially in cyber and sensory areas - play a crucial role in our society. From ATMs to power grids, and from locks and bridges to financial services. Safeguarding the security of its citizens is a central task of the Dutch government.

This underlines the need to secure our critical infrastructures, information systems and other key online services against cyber threats. These insights are also in line with the National ‘Cyberplan’ Investment programme and HSD's Narrative for a National Cyber Delta Plan.