The first Cyber Triangle in the Netherlands Comes Together 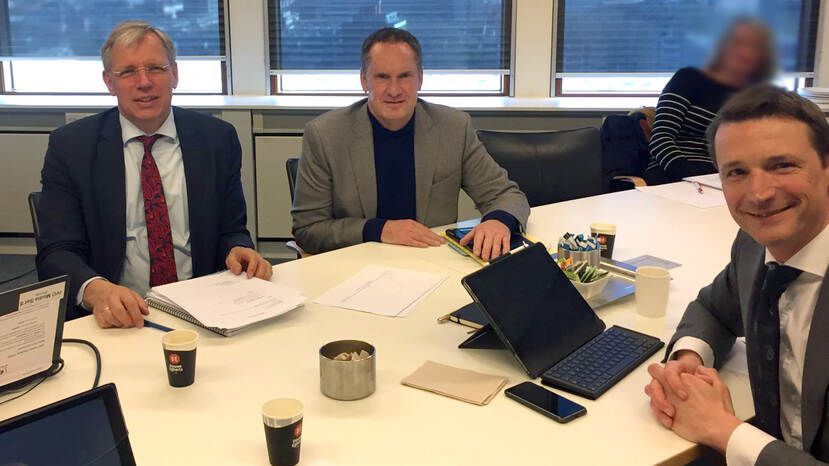 Since the 12th of March, the Netherlands has its first "Cyber Triangle". Mayor Cornelis Visser (from Katwijk, also regional cybercrime portfolio holder), police chief Paul van Musscher (The Hague Unit) and chief prosecutor Michiel Zwinkels (district of The Hague) discussed the possible impact of the cyberspace on the physical environment. From now on they will consult about this topic several times a year.

Few people today still underestimate the influences of virual reality on the physical world (and vice versa). This also applies to safety on the internet and social media. "Actually, you should see our cyber triangle as an addition to the regular triangle meetings that we hold with mayors and the police," said chief officer Zwinkels who took the initiative for this consultation.

"In ordinary safety triangles we talk about public order, safety, crime and the possible connection between those things. We also do that in the cyber triangle. "

The cyber triangle already spoke about the vulnerability of young people to cyber crime. For example, a series of sextortion investigations is ongoing in the district of The Hague, in which both suspects and victims are predominantly minors. Boys who extort other boys by pretending to be girls on social media and thus tricking out sexual photos. There are also known examples of public and vital institutions that were locked by 'ransomware'. This of course also has an impact on physical safety.

The cyber triangle has already agreed to create a wider awareness of virtual and physical security, especially among young people.