Terrorism Drill in Capital of the Netherlands

The Amsterdam city council held a major terrorist attack drill this week. The drill took place in a few locations in the east and south part of the city. Along with the National Police, Public Prosecutor’s Office, fire brigade, medical assistance services for accidents and disasters (GHOR), Dutch Counterterrorism Unit (DSI) and Ministry of Defence the city council practiced with a scenario in which a truck was used, based on the recent attacks in West-Europe and America. 270 people took part and 240 actors were hired for the drill.

Visible and invisible measures
Because the national threat level in Amsterdam is substantial, extra measures have been taken the last few years to ensure that the city is prepared and more resistant to terror attacks. These measures include, amongst others, extra surveillance, extra attention on Intelligence, posting Counterterrorism Units in Amsterdam and sharpening the anti-radicalisation strategy.

Concrete Blocks Against Terrorism Looking Like Benches
Besides the terrorism drill, the city council also placed giant concrete blocks this week in a number of locations in the center of the city in a bid to protect people against terrorist attacks using vehicles. The blocks, 96 in all, have been put in busy city hotspots and potential terrorist targets as Dam square, Leidseplein, Rembrandtplein and near the Heineken Experience. Concrete blocks were earlier placed on the square outside the capital’s central station. The move, which comes in the run-up to the festive season, was long dismissed by the late Amsterdam mayor Eberhard van der Laan who thought the blocks would create an unwarranted sense of safety and even inspire fear. To make them less forbidding, the blocks on Dam square and Leidseplein have been made to look like benches. The concrete blocks weigh between 400 and 500 kilos. 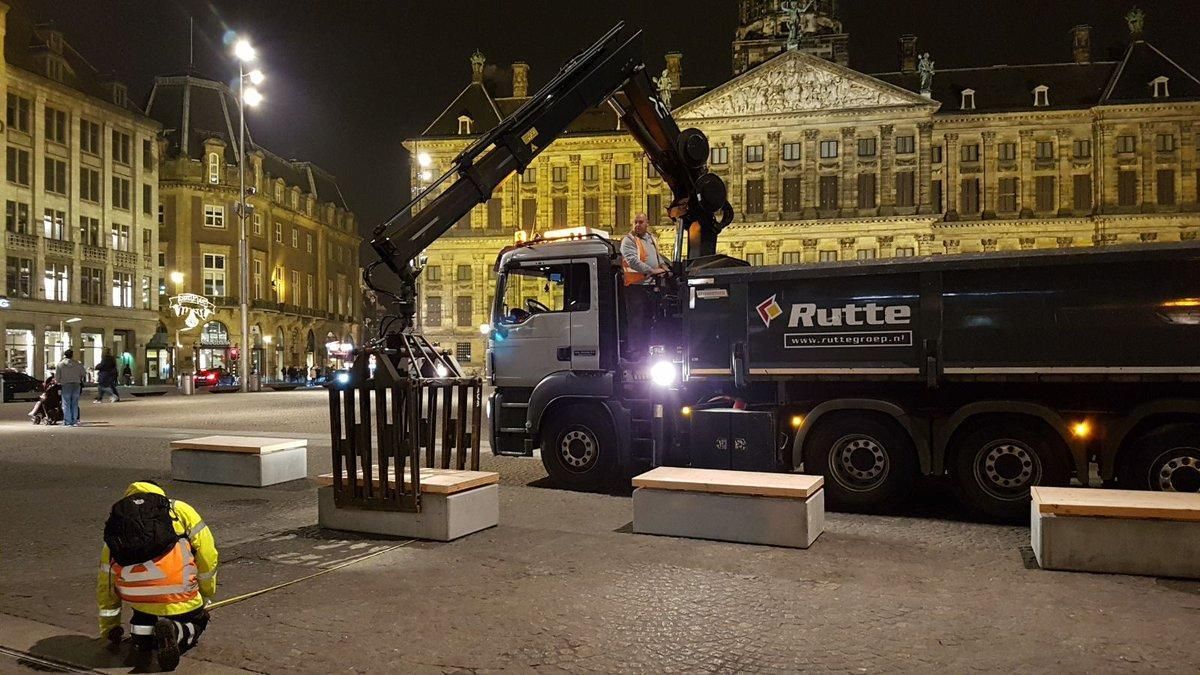