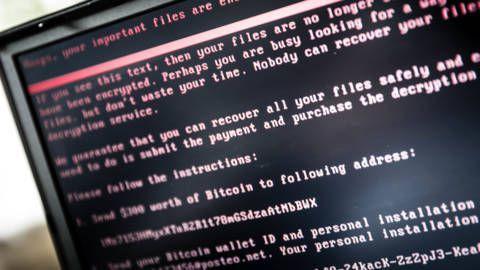 Today another big, international ransomware attack 'Petya' showed us how vulnerable countries and critical infrastructures currently are. The ransomware attack is shutting down computers at corporates, power supplies, and banks across Russia, Ukraine, Spain, France, UK, India, and Europe and demanding $300 in bitcoins.

Maersk, an international logistics company (including container terminal APM) and TNT have confirmed that they are affected.

According to multiple sources, a new variant of Petya ransomware, also known as Petwrap, is spreading rapidly with the help of same Windows SMBv1 vulnerability that the WannaCry ransomware abused to infect 300,000 systems and servers worldwide in just 72 hours last month.

The National Cyber Security Center (NCSC) is closely following the situation and has close contact with relevant sectors and certs (Computer Emergency Response Teams) in other countries about this attack. Just  last week the NCTV has launched the 'Cyber Security Beeld Nederland 2017' report, warning for increasing digital threats in the Netherlands.

Watch the news item on NOS journaal, NOS online, Omroep WNL or read the articles in AD and FD, including interviews with several HSD partners.

Want to know more about this topic? Visit the International Cyber Security Week in The Hague from 25-29 September 2017: www.cybersecurityweek.nl