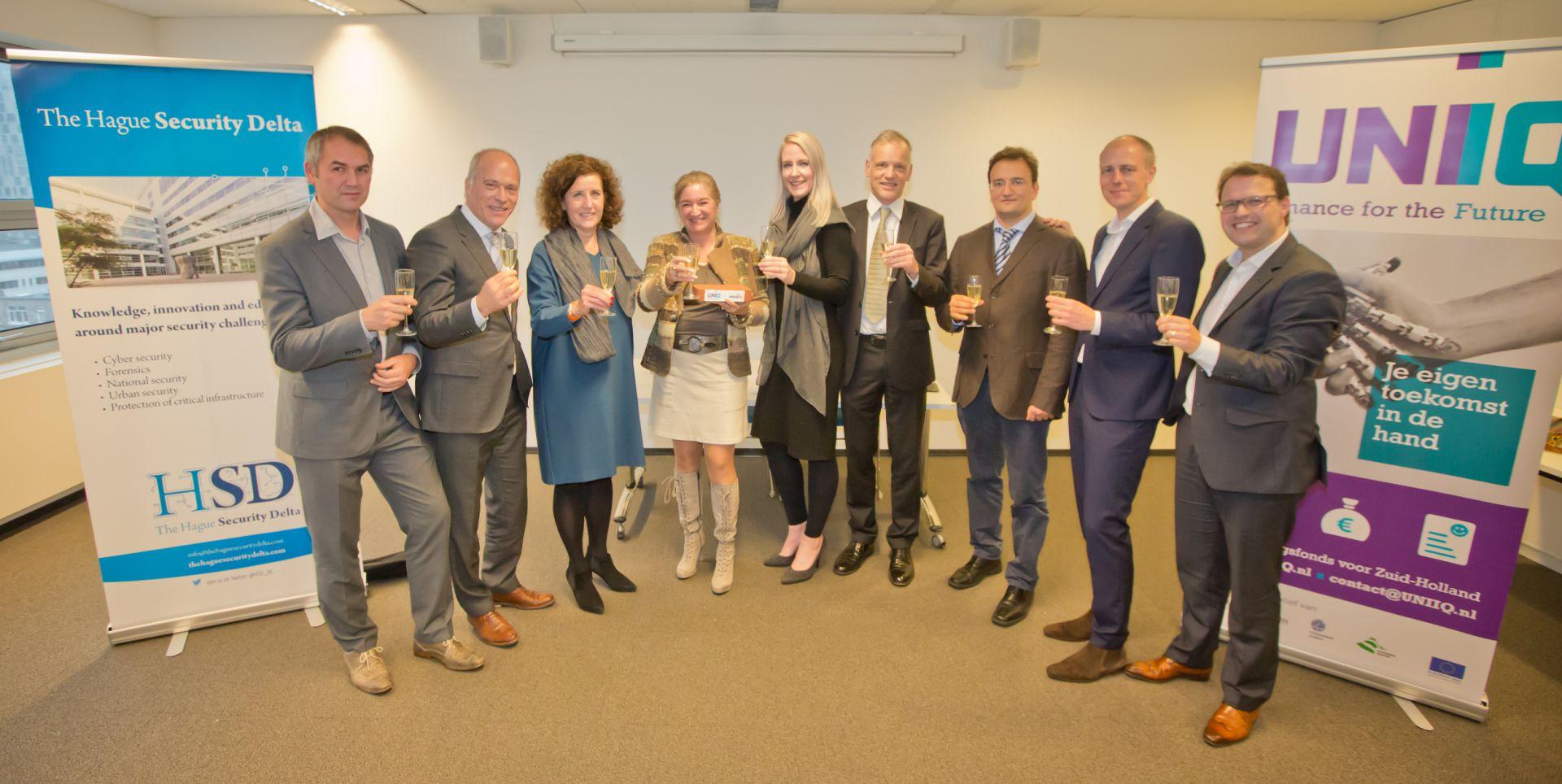 Startup Andrupos received €300,000 from the UNIIQ investment fund to further develop software which enables the automatic identification of documents that are susceptible to fraud. The investment was announced on the 15th of December 2016 by Ingrid van Engelshoven, The Hague's Deputy Mayor and alderman The Knowledge Economy, International Affairs, Youth and Education. The announcement took place during the annual meeting of The Hague Security Delta (HSD). Andrupos established a residency at the HSD Campus International Centre in November 2016. Guiding startup security organisations toward investment and capital is part of the strategy of HSD.

Analysing the authenticity of documents that are susceptible to fraud, such as birth or marriage certificates, is often very difficult. Software like this could be very useful for municipalities as Deputy Mayor Van Engelshoven mentioned. The worldwide battle against counterfeit money networks is also complex. Andrupos wants to develope an innovative solution which enable automatically trace documents to their original sources.

Existing systems can demonstrate the authenticity of a document based on a check of its security features. For many documents, however, this proves to be difficult or even impossible. The technology which is going to be developed by Andrupos will provide immediate forensic information about the document, including the type of printer used for creating the document, the type of paper, and even information about related documents with the same biometric features have traced. Thanks to its unique knowledge in the field of paper and printing techniques, Andrupos has developed a solution whereby a scanner with proprietary software and algorithms can identify specific biometric features of a security document.

“The investment from UNIIQ will allow Andrupos to develop the first prototype. With this product, we will be able to automatically research and assess physical security documents forensically,” explains Erna Leenaars, who founded Andrupos with her two German partners. This is the fourth investment by the UNIIQ investment fund since its creation in June of this year. Liduina Hammer, UNIIQ’s fund manager, says: “I am delighted to announce the first investment in the safety and security field. Andrupos places a focus on a clear need in the identification of security documents. With its office at the HSD Campus, which hosts the largest security cluster in Europe, Andrupos is now located in a location where it will be easy to move ahead with its proposition.” At the opening of the HSD Campus International Centre in The Hague World Trade Centre last October, Andrupos won six months’ rent-free office space. Next to supporting startup companies with their access to market and innovation HSD also supports companies with Access to Capital.