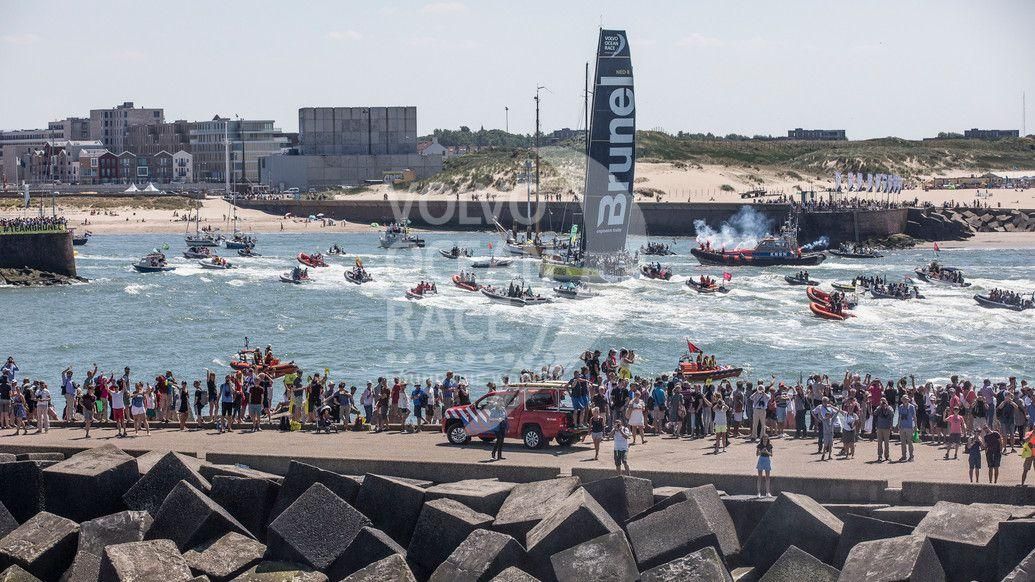 The Dynamic Protocol, which has come to fruition through the Real Time Intelligence (RTI) Lab Programme, is a digital platform that supports the assessment of possible risks and intervention strategies that are prepared for by the Crisis Intervention teams (SGBO in Dutch) involved in large events. The new tools’ potential was confirmed during the preparation phase of the Volvo Ocean Race, which took place in October 2018 in the City of The Hague. In this experiment, new requirements were identified that will be integrated in the next version of the platform.

Currently, the overview of risks, threats and possible interventions are maintained in various documents which makes them hard to access and keep actual. This is why the Dynamic Protocol has been developed: to support decision making and risk management in the complex environment presented and to predict the effect of interventions and changes in risk variables such as for instance the weather and crowd density.

The Dynamic Protocol prototype has been made in close cooperation with the organising parties (National Police, TNO and Tensing) and the crisis intervention team of the Volvo Ocean Race 2018 where it was put into practice. The advantages of this Dynamic Protocol have been recognised by the involved parties, reporting that it gives a complete overview in a single glance of the risks, how they score on chance versus impact and possible interventions and their effect.

The evaluation of this practical prototype reports on the added value of the Dynamic Plan in the preparatory phase of the event. The prototype will now be improved by adding historic event data; this data might then be used to make a pre-selection of risks based upon the event profile and existing risklists at events. An additional suggestion is to expand on the risk variables and adapt these per event. Further integration of the Dynamic Plan with the crisis intervention team's work process is also in high demand. Based upon this evaluation the tool will be further improved by the partners and tested during the ‘Sinterklaas intocht 2018’ event. The factsheet of the project can be downloaded here (in Dutch only).

More information about the RTI-Lab Programme

RTI is especially valuable for police officers on the street, employees of the operational centre (emergency room) and analysts. That is why the Dutch National Police has appointed Real Time Intelligence as a starting point for their information process. To explore the needs and trends, the Dutch National Police, TNO and HSD Office launched the RTI lab programme in 2015. This programme has created the foundation of experimental innovation projects such as Dynamic Protocol.