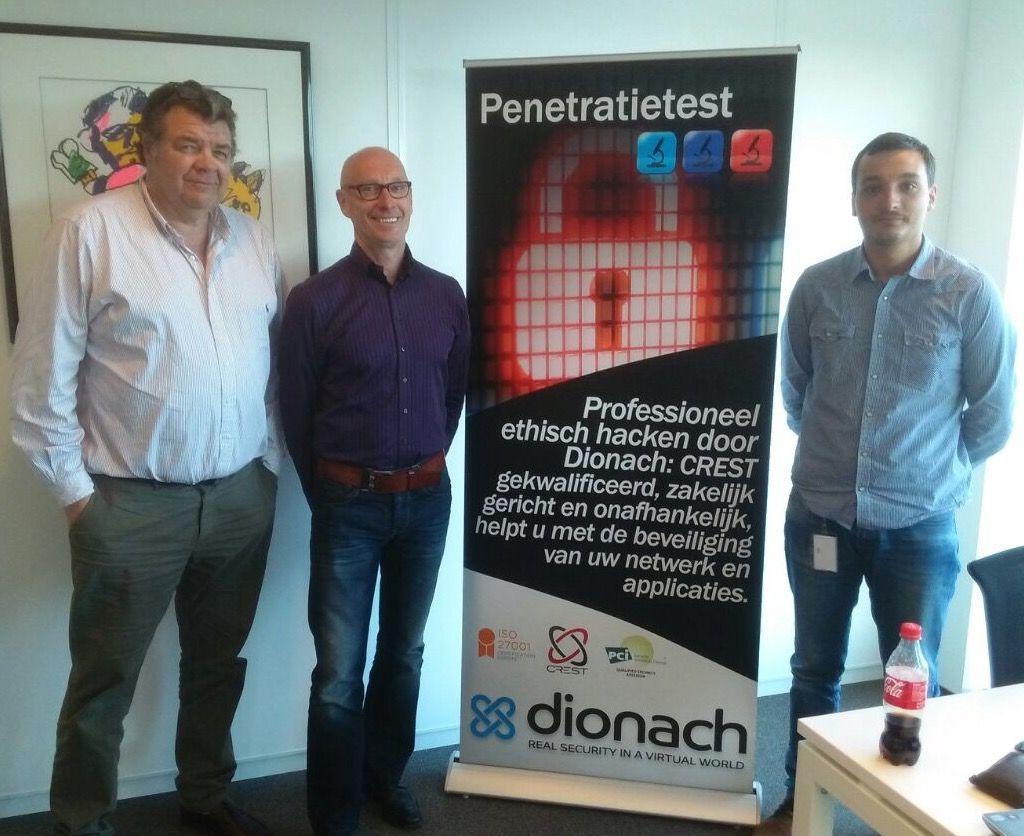 Beside the arrival of Treparel – newly acquired by Evalueserve, which was announced earlier this month - more new companies have joined the campus in the last few months. Two of them are Incentro and Dionach, who hereby also gladly introduce themselves to the HSD network.

Kleinhoven further emphasizes: “As Treparel was acquired by the Swiss-Indian company Evalueserve in April, we had to find a new office. One that was close to Schiphol, has the right ISO certified security controls and offers a professional and vibrantly fun place to work for our team members.” The HSD Campus fulfills those requirements. “It’s the mix. The HSD Campus is a professional place to invite clients and business partners, it has good facilities and the set up makes it easy to meet other professionals with similar interests: whether they work for small or big companies.”

Incentro:  “HSD Campus facilitates maximum focus on business growth”
Incentro Safety Intelligence is a young IT organisation specialised in offering information as a service product within two main concepts. “Our platform ‘Safety Intelligence’ enables organisations in the safety regions (e.g. fire brigades or municipalities) to steer on relevant information through the use of combined data sets and information products we provide. Our second platform is the ‘Event Cloud’ which allows private and public organisations to share information, emergency services can collaborate more effectively and strengthen the security and economy of an event. The goal of the consortium (that also consists of Future Events, KPN and PROOOST) is to offer the Event Cloud as an event utility.

Bart-Jan Knegt, managing director Safety Intelligence sums up the benefits of having an office at The HSD Campus: “At the campus all participating organisations are operating in the same safety and/or security sweetspot. Running into these organisations in a less formal situation proves really beneficial in creating new opportunities or developing new perspectives. Having an office in which all the facilities are managed by HSD helps us to really focus on growing our business. In addition, the numerous events, seminars, lectures and ‘HSD cafe's’ at the HSD campus have proven very interesting for our network.”

Dionach: “ Meeting like-minded people is inspiring”
Dionach has been active with information security since 1999 and was originally founded in the city of London with an emphasis on the Banking & Insurance business. Penetration testing has been a core competency since then; “We have been certified to the ISO27001 standard as a company since 2003, not only are we certified but assisting other companies in attaining this standard is an important part of our business. We test to the most exacting international standards available to our industry today, such as the UK Crest organization. Our employees have a very diverse skill set which enables us to deliver services on most platforms.  We currently have offices in Oxford (UK), London (UK), New York and The Hague.”

“Initially we were located in Amersfoort (which is also a lovely city) but when it came to our attention what is being developed within ‘The Hague Security Delta’, we felt this would be the place to be”, says Managing Director Michael Gesner van der Voort. “A cluster of knowledge with like-minded people should be inspiring for employees and the commercial ambitions of the company. We believe we are maximizing every aspect of the potential for attaining our goals.”

Interested?
Would you like to join the HSD Campus or receive more information? Businesses, government and knowledge institutions can still apply and register for offices – temporary or permanent –, meeting rooms, and training and lab facilities that are available to let. For more information, please contact Mr. K. Adarghal of the Municipality of The Hague: +31 (0)6 50 23 13 71 or karim.adarghal@denhaag.nl