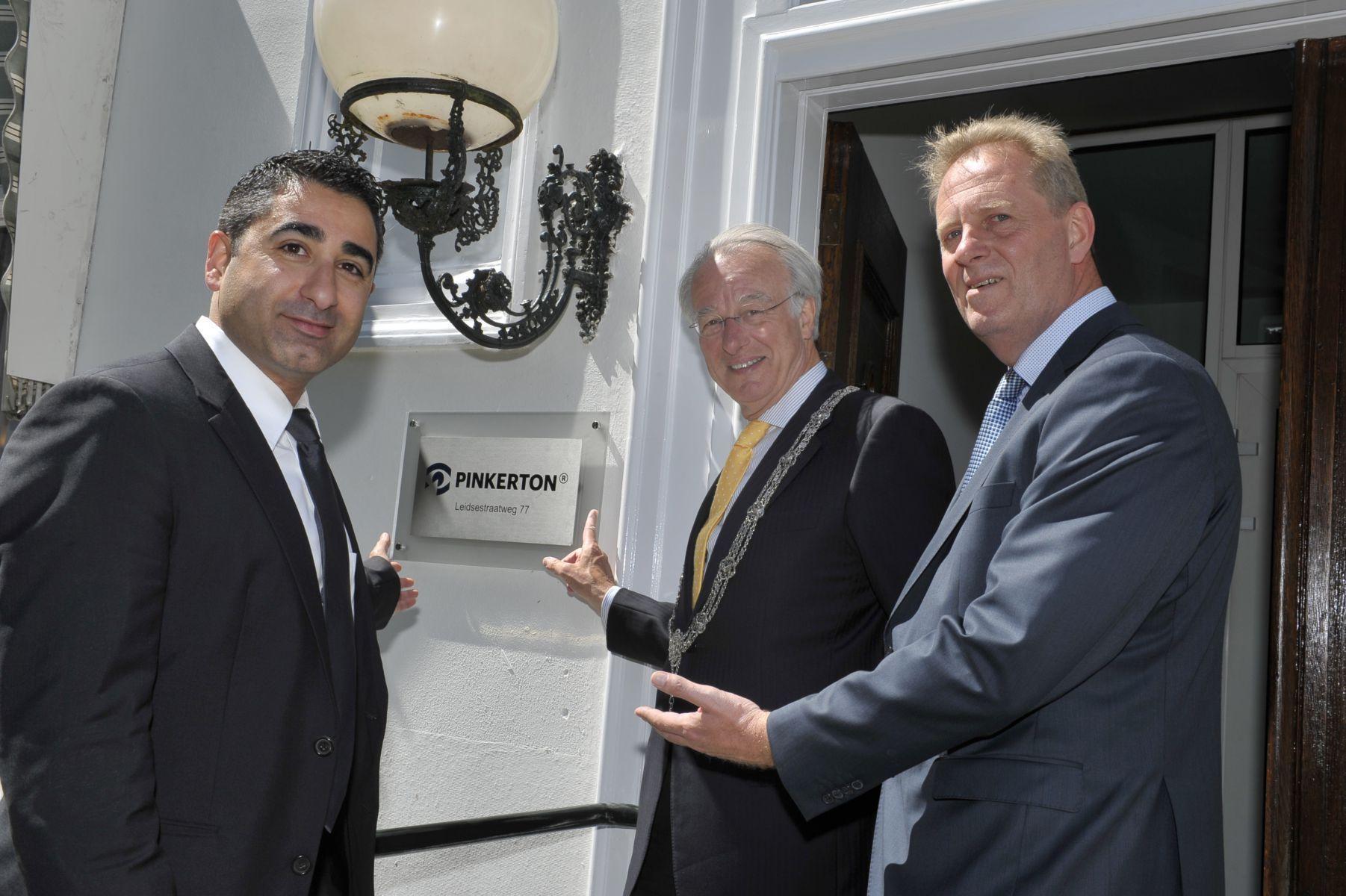 The Mayor of The Hague, Jozias van Aartsen and the Global CEO of Pinkerton, Jack Zahran, unveiled the Pinkerton logo on the home of the former Interseco office building today. The rebranding of the former building is the final step that began more than a year ago for the two iconic companies. Pinkerton sought a strategic location for its EMEA (Europe, Middle-East and Africa) headquarters, and given the history and regional groundwork of Interseco over the last 25 years, Tequipped business partner to meet the increasing international demand for services in the field of risk management, safety & security and intelligence.

Choosing The Hague was not difficult. Jack Zahran: “The Hague is the city of international peace and justice. Pinkerton operates in the safety, security and risk management sector. The Hague was the most obvious choice to plant the flag for our EMEA hub.” The Mayor of The Hague, Van Aartsen, was pleased with this decision: “The Hague Security Delta is becoming the signature safety cluster in Europe. Multinationals like Pinkerton are vital for that development.”

With the advent of Pinkerton, the national security cluster 'The Hague Security Delta' welcomes a new international leader firm in Security.