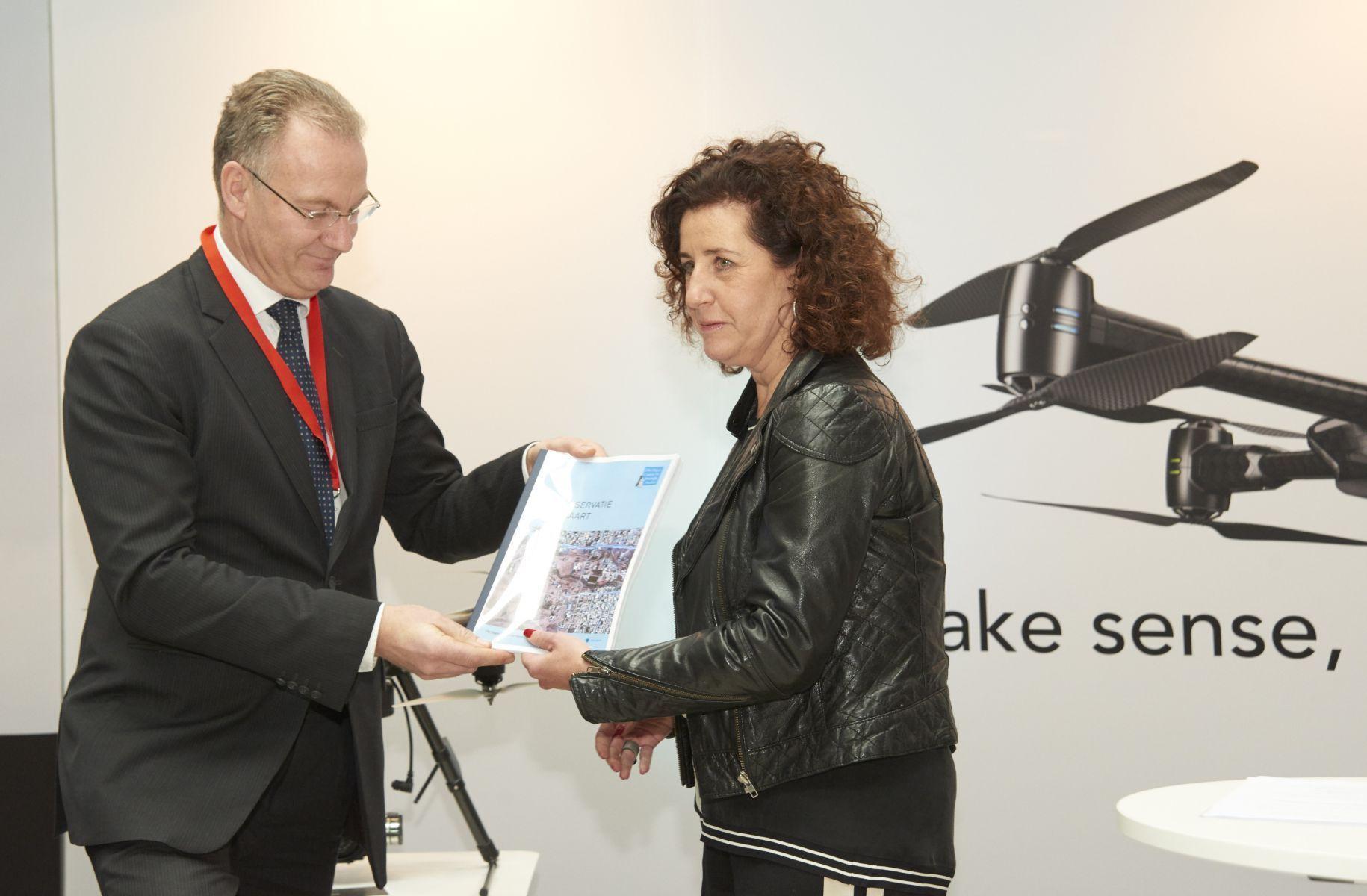 Tuesday 2 February, Deputy Mayor of the city of The Hague Ingrid van Engelshoven opened the second edition of 'The Unmanned Systems Expo' (TUSExpo). This European trade fair and conference on drones and robots takes place from 2 to 4 February in the World Forum in The Hague. During the grand opening, the Deputy Mayor received the ‘Aardobservatie op de kaart’ (Earth Observation on the Map) report. The report concludes that earth observations from satellites, drones and other sensors provide economic opportunities.

3,200 new jobs
The report was executed by HSD partner The Hague Centre for Strategic Studies at the request of TNO, InnovationQuarter and the Netherlands Space Office. The turnover of the European Earth observation sector is estimated at 2.1 billion, and the sector is growing between 7 and 10% per year. Additionally, the study stated that the sector in the Netherlands could grow with 3,200 jobs in 2020.

“This provides opportunities for The Hague region. We have the largest European security cluster -The Hague Security Delta - based here. Knowledge institutions, businesses and governments work together in this cluster. An excellent foundation for realising economic growth with earth observations,” said Deputy Mayor Ingrid van Engelshoven.

TUSExpo
The TUSExpo is focused on the rapidly growing market for unmanned systems such as drones and robots. Commercial and civil applications will be displayed in several areas such as security, agriculture, industry, science, space, entertainment, defence and conversation. The TUSExpo consists of a conference, an exhibition with live demonstrations and a networking programme. It is expected that over 2,500 international guest will visit the TUSExpo.

Click here for the summary of the report (in Dutch).