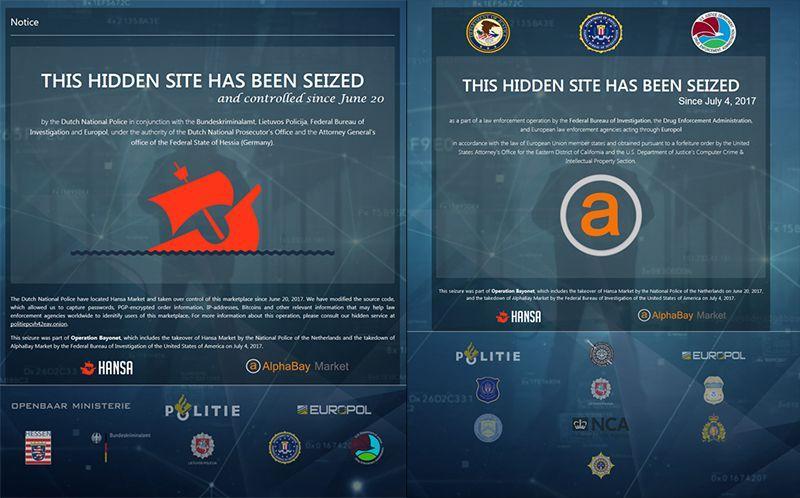 Months of preparation and coordination have resulted in the takedown of two of the largest criminal Dark Web markets, AlphaBay and Hansa. Two major law enforcement operations, led by the Federal Bureau of Investigation (FBI), the US Drug Enforcement Agency (DEA) and the Dutch National Police (team High Tech Crime), with the support of Europol, have shut down the infrastructure of an underground criminal economy responsible for the trading of over 350,000 illicit commodities including drugs, firearms and cybercrime malware. The coordinated law enforcement action in Europe and the US ranks as one of the most sophisticated takedown operations ever seen in the fight against criminal activities online.

"This is an outstanding success by authorities in Europe and the US," Rob Wainwright, the Executive Director of Europol, said last week, while appearing alongside the US Attorney General, Acting FBI Director and Deputy Director of the US Drug Enforcement Administration (DEA), at a special press conference in Washington DC. "The capability of drug traffickers and other serious criminals around the world has taken a serious hit today after a highly sophisticated joint action in multiple countries. By acting together on a global basis the law enforcement community has sent a clear message that we have the means to identify criminality and strike back, even in areas of the Dark Web. There are more of these operations to come," he added.

Watch the TV item on Nieuwsuur, including an interview with TNO at the HSD Campus (in Dutch).