Cisco and IBM Will Collaborate in Eliminating Cybercrime 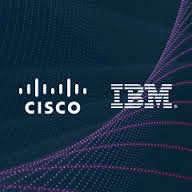 Cisco and IBM, both Premium partners of HSD, announced that they will collaborate in order to address the increasing threat of cyber crime. The new collaboration covers products and threat intelligence in favour of the customer.

Cisco's security solutions will be integrated in theQRadar platform of IBM which will protect networks, end points and clouds of organisations. Customers will also benefit from the scale size and scope of the support of Cisco its products for Managed Security Service Providers by IBM Global Services. The collaboration also concerns a new dimension in the relationship between IBM X-Force and Cisco Talos security research teams which will start collaborating on threat intelligence research and coordinating on major cybersecurity incidents.

One of the core problems which is faced by the security teams is that the dispersion of security tools are not able to communicate or integrate with each other. Recent investigation among 3,000 chief security officers by Cisco shows that 65% of the organisations use between 6 and 50 different security products. Controlling such a complex landscape results in an extra challenge for overloaded security team which are struggling to guarantee maximum safety. The new collaboration between Cisco and IBM Security mainly focus on supporting organisations with shortening the time for detection and eliminating threats by means of the availability of integrated tools for automatisation of a quicker and more accurate threat response.

The increasing costs of cyber crime urges to make threats visible and to block them as soon as possible, which is the aim of an integrated defensive approach. Besides that, the combination of Cisco its best of breed security solutions and architectural approach, and IBM its Cognitive Security Operations Platform will help customers to protect the core of the organisation of the network, including the endpoints and the cloud.

“Cyber crime will cost the society 6 trillion dollar on a global level. Therefore, IBM has always been in favour of open collaborations and sharing the threat formation in order to undermine the business model of cyber criminals,” says Marc van Zadelhoff, general manager of IBM Security. “Since Cisco will support our defensive ‘immune system’, our shared customers have more possibilities to make more use of cognitive technologies, such as IBM Watson for Cyber Security. Furthermore, the collaboration between our security teams IBM-X Force and Cisco Talos will supply the ‘good guys’ with useful tools in their combat against cyber crime.

Recently both CISCO and IBM presented their challenges during HSD Cafés on security of critical infrastructures and on Internet of Things (IoT).