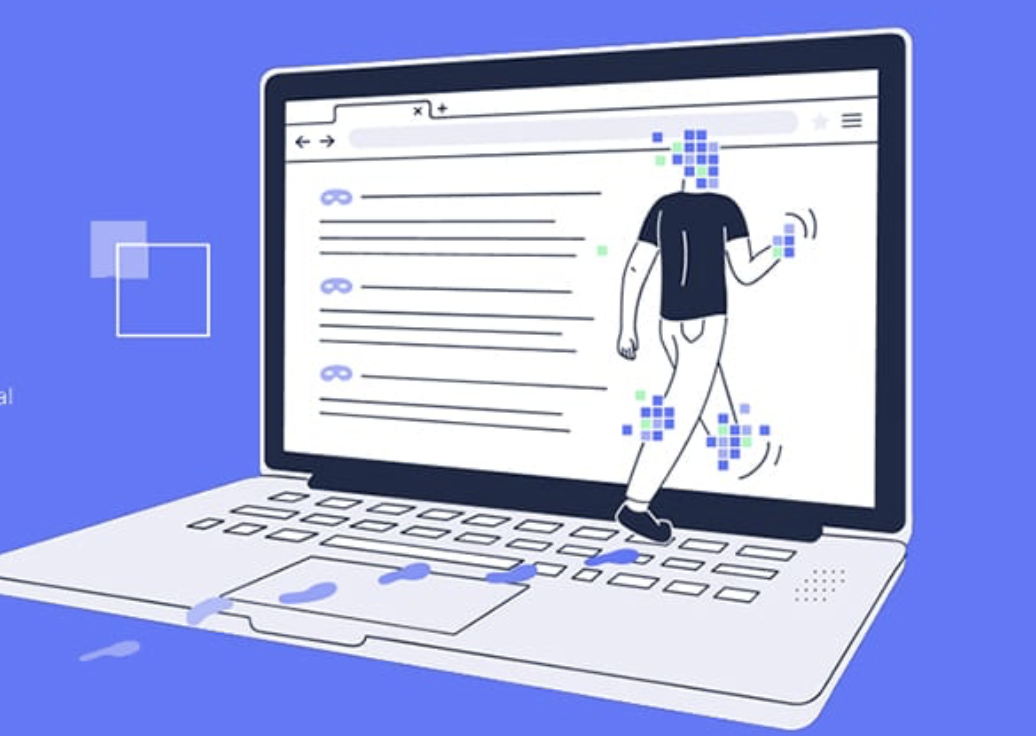 The Hague, international city of peace, justice and security is home to the Dutch security cluster, HSD. This cluster remains at the forefront of developments in cybersecurity because of its large and tight-knit community of thought leaders and industry experts. As the homeland of a significant group of privacy advocates, who have a prominent voice in the public debate and an influence on the already strict Dutch and European privacy regulations, the rise of a large cybersecurity cluster in the Netherlands was evident.

Hence, it is no coincidence that the world’s first, and thought-leading, privacy search engine Startpage is Dutch and located at the HSD Campus in The Hague. Startpage doesn’t store any personal data; no IP addresses, no tracking cookies, nothing. The search engine was built with ‘privacy by design’ and ‘privacy by default’ in mind. These principles, combined with a deal that ensures search results of a quality equal to Google’s results is still the most unique feature of Startpage.

In this interview, Alex van Eesteren, VP Business Development at Startmail, the private email services created by the same founders as Startpage elaborates on the foundations upon which Startpage was developed. He discusses the benefits of being part of the cybersecurity community in the Netherlands, and why our country is a natural breeding ground for privacy-first businesses.

Startpage was founded in 2006, after some tough discussions among the founders about the data they were storing through their former search engine lxquick.

“At the time, we had not consciously considered the pro’s and con’s of data storage. It was just something every tech company did. But when we started scanning through the data, we realized how intimate the information could become when, often very personal, searches could be tied together. We were horrified, quite frankly, about the power this data could give anyone who intended to misuse it.”

As a result, the team decided to start over, building Startpage. “Our privacy-first proposition was far ahead of its time. In 2006, there had not yet been many extensive data breaches and the awareness of privacy threats was minimal. So at the start, our primary target group was privacy activists. Often they were lawyers and computer scientists who were aware of the threat of neglectful data policy. Today, however, we see that privacy concerns are penetrating society at a larger scale, and our business is growing. Spikes in search volumes occur every time a new data breach is announced, which results in steady growth on the longer term.” Alex continues. 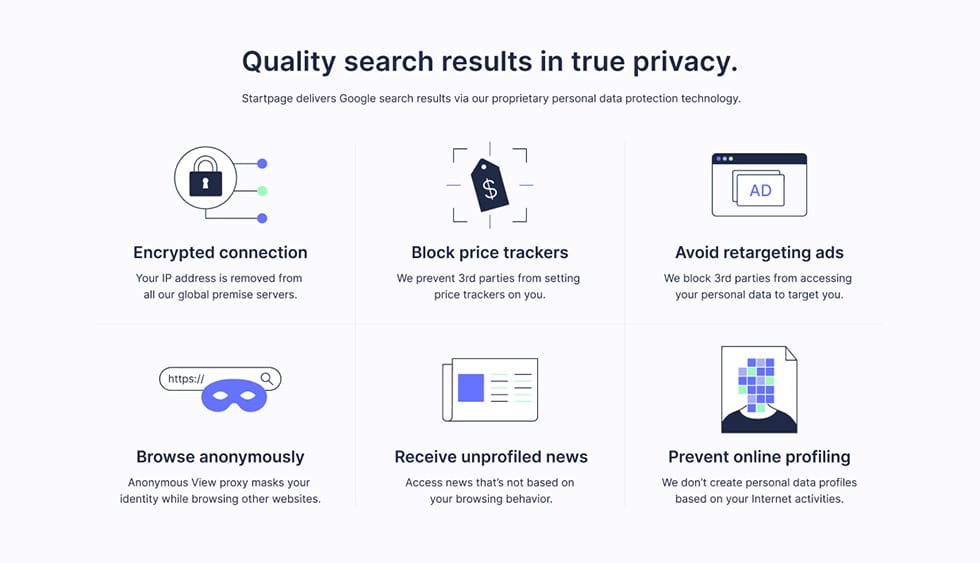 Netherlands’ Rule of Law is widely respected and has a long history. Institutions like the International Court of Justice in The Hague add to our legal reputation. Through the centuries privacy has been seen as a basic human right for everyone. As a result, privacy regulations are relatively strict in the Netherlands and the growth of privacy-first expertise, technology and services in the country has a natural foundation. This has benefited the reputation of the Netherlands as a frontrunner in credible privacy-first solutions.

Looking at trends in the global arena, this head-start may well pay off as people are increasingly aware of how exposed they are and how much highly private information they entrust to Big Tech. And, more importantly, how this enables these parties to manipulate them. Cambridge Analytica just gave us a taste of how data can be abused as an arm of manipulation with far-reaching societal consequences.

Alex: “Getting people to use Startpage is more than a business goal for our team, it’s our mission. It’s about protecting people, giving them a safe haven where they can use the internet without compromising their privacy.

Startpage users can rest assured that their privacy has our highest concern and this is non-negotiable.” To ensure this on the longer term, Startpages’ servers are by principle located in Amsterdam, falling under Dutch, privacy enhancing jurisdiction, and managed by the Startpage team.

Startpage does not store searches or IP addresses of users, nor any other personal data, making it impossible to trace the data back to individuals. Although Startpage started out with the interests of private individuals in mind, the team is identifying more and more business and government-related cases for using their solutions.

“Recently, we gave a demonstration and tour to the R&D team of a large multinational company here at our office building. Afterwards, they realized that they were spilling information about their top-secret innovations to Big Tech corporations they were using, including their search engine. As it were, big-tech could easily predict their upcoming patents even before they were submitted.”

Similarly, our government organizations should also be aware of the information they share on those platforms and consider using privacy-abiding services like Startpage in stead.” Says Alex.

Startpage, currently a company of 25 professionals, is managed from the HSD Campus. Here, they are surrounded by a vast community of cybersecurity professionals that serves as a magnetic force for thought leaders from all over the world. It is where Alex ran into Phil Zimmerman, the creator of PGP (Pretty Good Privacy): the first widely available program implementing public-key cryptography. 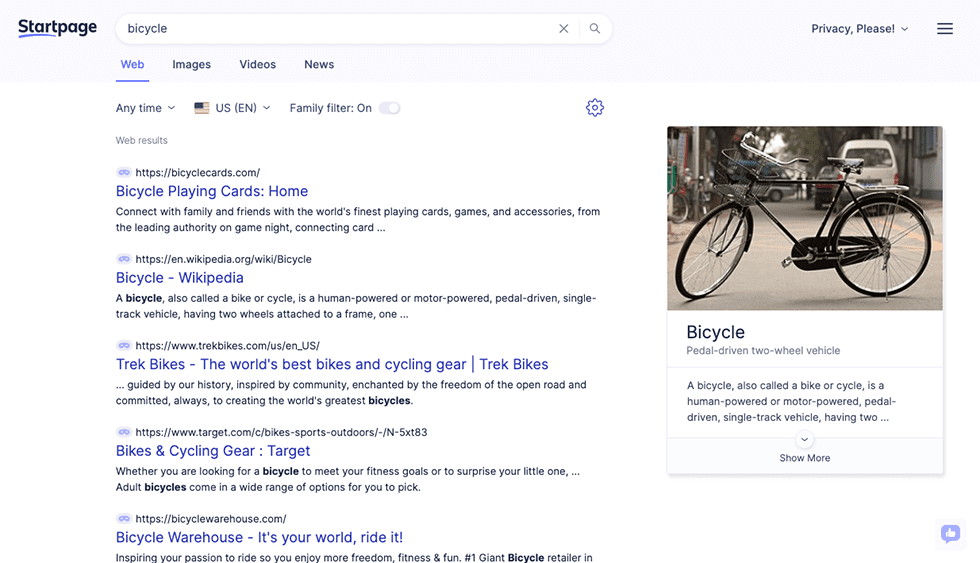 At the time, Phil worked as an associate professor at TU Delft and regularly paid a visit to the HSD Campus to meet likeminded cybersecurity experts. The encounter resulted in a lasting partnership, with Phil still advising Startpage from time to time, and still involved in the development of StartMail, a sister company to Startpage that was created by Alex and his team.

“The collaboration with Phil was essential to get the combination of high-level privacy and usability. User-friendly applications of PGP hadn’t found their way to e-mail services before because it is a technically fairly complicated protocol. Phil and our team have now found solutions to this problem, making Startmail a very private email service, that allows easy encryption for everyone.

Privacy is one of the hottest topics in the tech world these days. The many ways in which Big Tech companies abuse the treasure coves of personal information they have gathered from us are finally starting to backfire.

Increasing public awareness are creating an increasing interest in and demand for privacy-centric services like Startpage and Startmail,, predicting a bright future for both companies. Being located in the Netherlands, and falling under Dutch jurisdiction and GDPR, has proven proving to be an important usp in an increasingly competitive technological world.