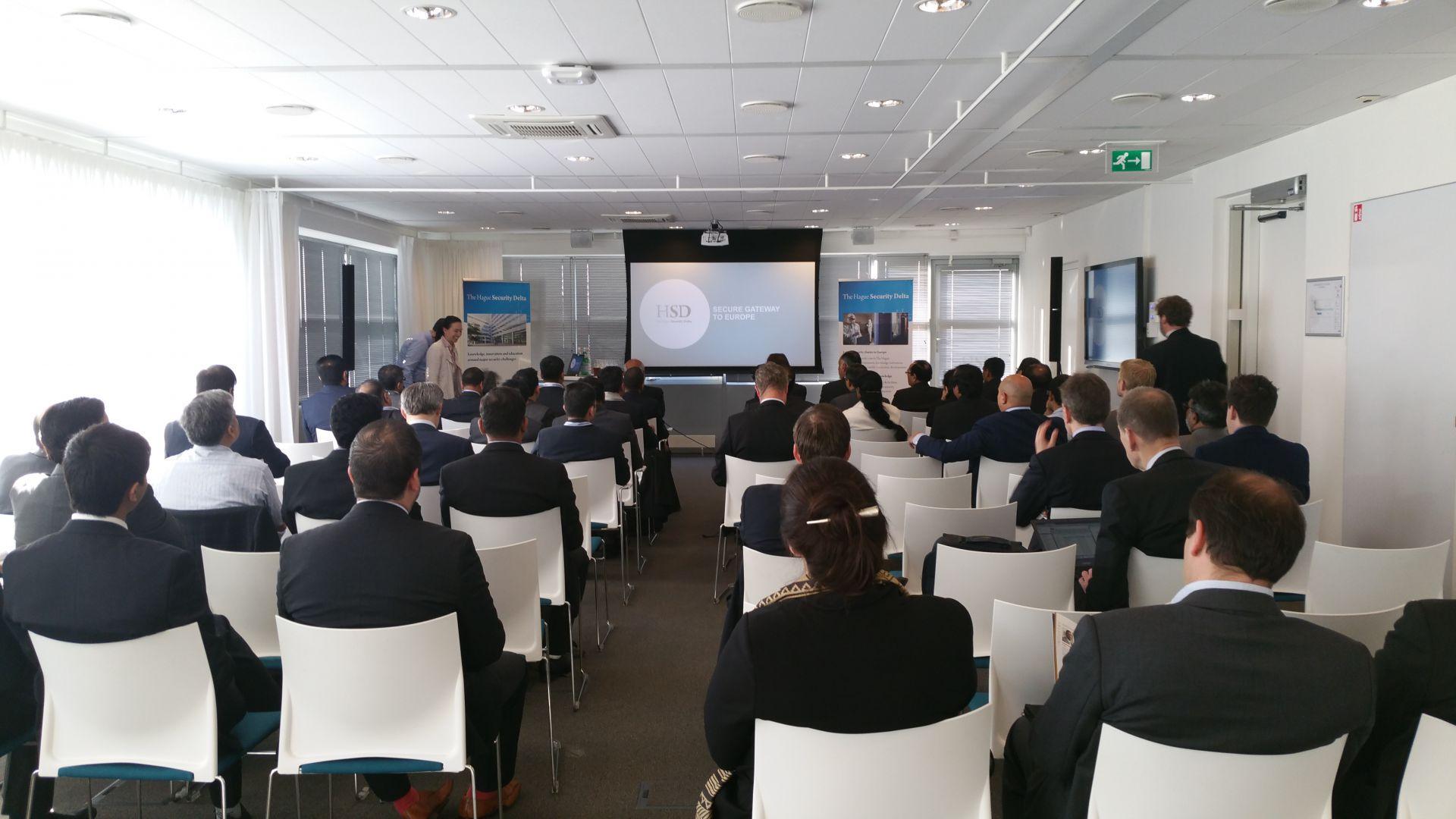 As follow up of the successful cyber security mission to India, led by deputy mayor Kasten Klein of The Hague, in October 2015, the Data Security Council of India (DSCI) and the National Association of Software and Services Companies (NASSCOM) visits the City of the Hague and the HSD campus on April 11 and 12. The October mission in 2015 already resulted in Indian commissions for the Dutch cyber security consultancy Fox-IT, as well as foreign investment. The young Indian company Skillcube established itself in the City of The Hague with the assistance of The Hague Security Delta (HSD), the City of the Hague, NFIA and InnovationQuarter and became a member of HSD. Negotiations with some large IT service companies are ongoing. Contacts have been established with the City of Hyderabad, the state of Telangana and Andra Pradesh.

The delegation is led by Dr. Gulshan Rai, National Cyber Security Coordinator, Government of India and would comprise of senior experienced professionals from different Industry verticals, security startups, government departments and academic-research establishments actively working in the realm of Cyber Security. The delegation mainly consist of high level government officials - both from federal as well as of state level, and in particular of high level representatives of large corporates. Many of them, like Wipro, HCL, TechMahindra and Tata Consultancy Services, already have operations in the Netherlands and are looking for possibilities to expand their services in the area of cyber security.The key objective of the delegation is to learn from foreign security clusters, to explore plausible synergies between a broad set of stakeholders on both sides, identify investment and strategic partnership avenues, and work towards R&D capability enhancement. The City of the Hague and the Dutch security cluster The Hague Security Delta form together one of the major global hubs in the area of safety, security, peace and justice. Cyber security is, next to national security, urban security, protection of critical infrastructure and forensics, one of the area of expertise of the Netherlands.

DSCI and NASSCOM expressed special interest in the HSD model and the way this security cluster operates in reality. The model of the Triple Helix (collaboration between businesses, governments, and knowledge institutions) is not common in India, resulting in lack of expertise and innovative power.The delegation seeks to connect companies through B2B networking sessions and meetings with leading industry organisations, senior government officials, OEMs and procurement agencies to facilitate greater cooperation. DSCI believes that this visit would pave the way for a robust alliance between the two nations in the critical enterprise of cyber security. The program of the visit will focus partly on meetings with the City of the Hague and government officials from ministries and national security bodies like NCTV. The mayor focus however will be on creating B2B contacts and meetings with knowledge institutes, universities and expert centers. The commitment of India to become a major player in the area of safety and security, expressed in national plans like "Digital India", will offer great opportunities for Dutch companies and in particular for expert centers and knowledge institutions.